It was an evening where prog, tech and extreme metal fans united in force in a small intimate venue in Bristol for a night of guitar worship, prog soundscapes and extreme metal fury. An absolutely stacked line up of amazing European metal bands which, like many tours hitting our shores at the moment, had been delayed thanks to the pandemic but patience and hope persevered and finally we got a much needed evening of technical extremity.

Opening the evening were German progressive death metal band Disillusion. I’ve been a fan of these ever since I discovered their Back From Times Of Splendor album many years ago and after a period of inactivity Disillusion surprised everyone and sprung back releasing one of the finest prog metal albums of 2019 with The Liberation. This was also surprisingly the first ever UK show for the band despite having formed back in the mid nineties so expectations were high. With a new album due for release in November we were treated to brand new material such as excellent set opener Am Abgrund and set closer and single Tormento but long term fans of the band (of which were unfortunately few in the audience) were treated to older songs such as The Great Unknown, The Black Sea and …And The Mirror Cracked.

Disillusion played with a stunning level of proficiency and, despite the crowd taking their time to warm to them, had won some new fans by the time their set came to a close. The sound and mix worked against the band quite a bit with the guitars and vocals way too low and the drums too loud and guitarist Ben Haugg suffered some minor technical difficulties with his guitar early into the set. Despite these minor setbacks it was absolutely brilliant to see an underrated and overlooked band like DIsillusion getting to finally play our damp little island. 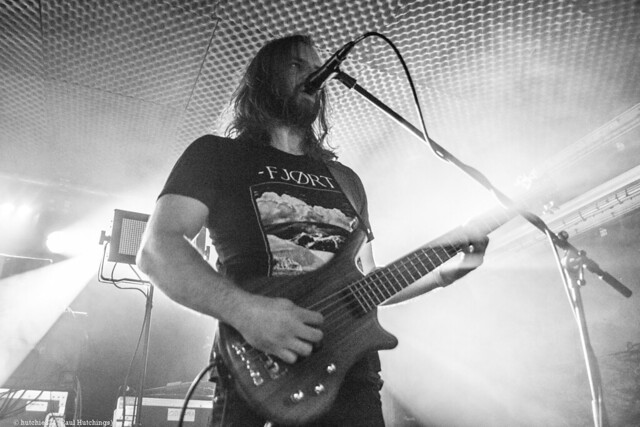 Landing the main support slot were progressive technical death metal band Persefone. Hailing from the island of Andorra, Persefone are another band really making waves in the progressive metal scene with their stunning mix of extremity, melody, technicality and progressive leanings. The band released their stunning album Metanoia earlier in the year and a nice chunk of the set was taken from said album such as Merkabah and Katabasis but we also got songs from their previous albums such as the stunning Stillness Is Timeless, Living Waves and Mind As Universe.

The band suffered the same sound issues as Disillusion with the drums way too loud in the mix but the guitars were more prominent this time which enabled the audience to fully enjoy the jaw dropping solos from guitarists Carlos Lozano Quintanilla and Filipe Baldaia. The band also suffered minor technical issues with a broken string resulting in Living Waves having to be played with a single guitarist for the majority of the song whilst the string was hurriedly changed. The band took it in their stride as these things happen and are simply part of the experience of performing on stage. There were clearly a fair few Persefone fans in the audience as they had a rapturous response and even a small mosh pit going. This was my first experience of seeing Persefone live and on the strength of this set I would definitely watch again. 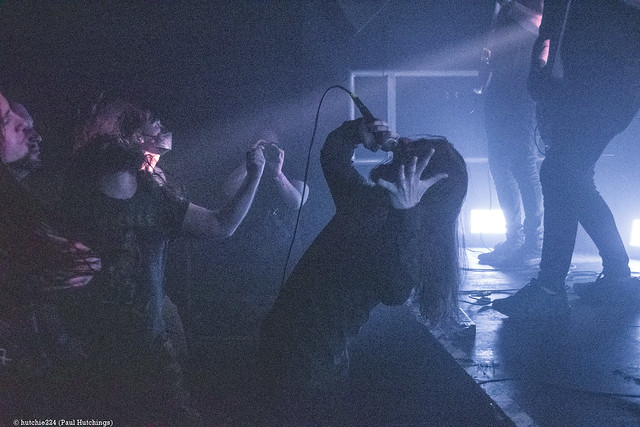 Headlining the evening were German technical death metal maestros Obscura. A band that has performed in Bristol multiple times in the past and previously headlined The Fleece venue in 2019 so it was strange to see them play a smaller venue such as The Exchange. Whether this was due to poor ticket sales or venue availability is unknown but despite playing to a smaller crowd than their last visit Obscura still performed like they were playing

an arena. Six of the thirteen song set was lifted from their latest album A Valediction such as cuts like Solaris, Devoured Usurper, the title track and When Stars Collide (which was introduced by the band as a technical death metal ballad). For the long term fans in the crowd we got the chunky death metal groove of Ocean Gateways, the blistering technicality of Septuagint, fan favourite The Anticosmic Overload and the intricate Incarnated which the band referred to as Death plagiarism more than an homage. When someone in the crowd shouted out for the band to play a Death cover, frontman Steffen Kummerer stated they have been playing a Death cover since they walked on stage to much amusement from the audience. 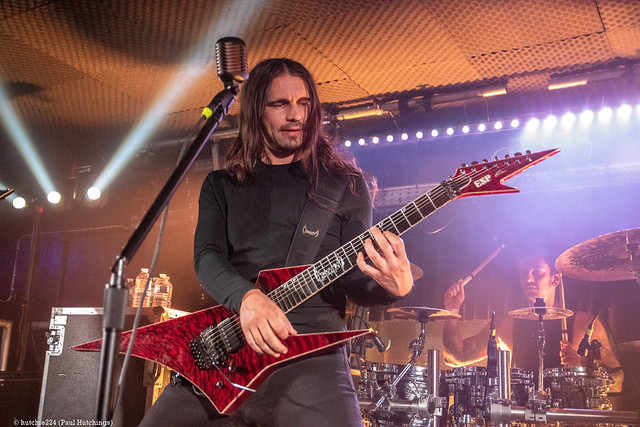 Obscura had the same sound issues as the support acts with the drums being too loud and drowning out the other instruments and vocals at times but the guitars were loud enough for the stunning abilities of Steffen Kummerer and Christian Münzner to shine through and the incredible fretless bass playing of Alex Webber was suitably impressive especially on instrumental Orbital Elements II where his abilities really came to the fore. Obscura were also struck with some technical problems when all the sound through the P.A. disappeared during the last segment of The Anticosmic Overload. As the band put it “we are a technical death metal band having technical problems”.

All in all despite the sound issues and minor technical problems throughout, this was an excellent show of progressive and technical death metal brilliance. The show had a decent but not huge attendance which made me feel disappointed for the band but also quite glad it wasn’t heaving as The Exchange is a sweatbox of a venue at the best of times. Stunning musicianship, great songs and an overwhelming love of metal from both the bands and the audience ensured this was a thoroughly enjoyable evening. 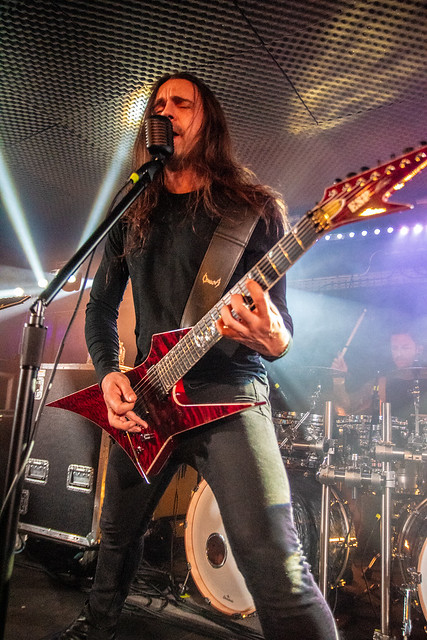