Whereas most Death Metal bands of the late eighties busied themselves with themes and images of slaughter and butchery, Deicide – led by everyone’s second favourite maniac, Glenn Benton – have always been more focused on the perceived spiritual corruption of organised religion, with Christianity bearing the brunt of his ire.

When the Florida and Scott Burns sound was all the rage, and the likes of Morbid Angel, Obituary and Cannibal Corpse were making headlines, it was Benton and company - ever-present drummer, Steve Ashiem and the brothers Hoffman, Eric and Brian on guitars – who seemed to epitomise the genre. Possibly through their overt imagery, possibly due to claiming the band were the reincarnation of Christ’s crucifixion party or, maybe, it was the three-inch inverted cross Benton branded into his own forehead. Who knows?

Crazy antics only go so far, so Deicide needed to prove themselves musically and disc 1 of this collection is the 1990, Scott Burns produced, self-titled debut. Opening with Lunatic of God’s Creation chugging away, Benton enters with a growl and commences what would become his trademark barks. The track is a whirlwind of aggression and – judged against its contemporaries – was a breath of repugnant air.

Burns manages to highlight the pin-point accuracy of the musicianship on display here, particularly on Sacrificial Suicide, the gloriously catchy Oblivious to Evil and Dead by Dawn. It’s no coincidence that these tracks have been constant features of Deicide’s live set since their inception, yet the absolute barrage of Carnage in the Temple of the Damned sees the band at their most ferocious and fearsome, with Benton mixing his vocals throughout. Or how about the groove-infusion of Deicide itself?

Back in the day this record took its place alongside the likes of Altars of Madness and Slowly We Rot as the emerging faces of a new breed of extremity in music and Deicide’s notoriety would only have got them so far had it not been for the competency of their debut. 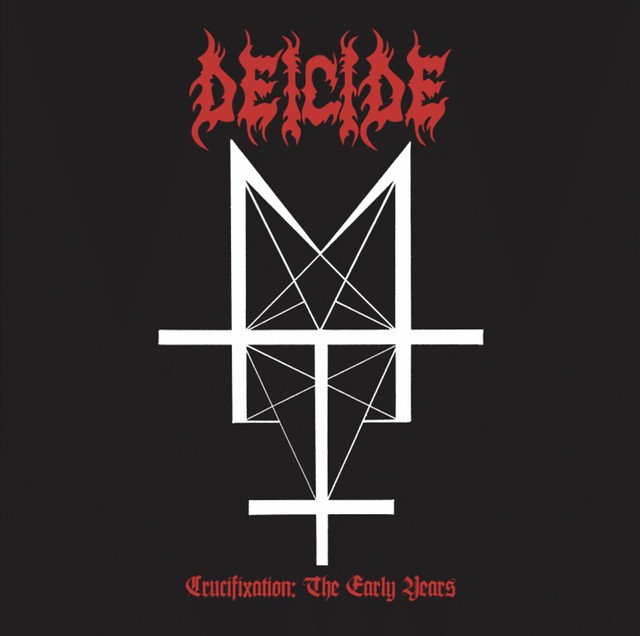 Blessed Are the Sick and Cause of Death were already a year old when Deicide put out their sophomore album, Legion; but rather than chasing the pack, they found themselves leading it. Again produced by Scott Burns, the band pushed themselves to create a more ambitious record and this can be heard from the atmospheric opening of Satan Spawn, The CacoDaemon, through that track’s more technical riffing and Benton’s more upfront vocal delivery.

Repent to Die and Behead the Prophet (No Lord Shall Live) further explore these new technical aspects of the band’s sound, while In Hell I Burn and Revocate the Agitator are filled with the kind of Deicide goodness we’ve all come to love. Curiously, only Dead But Dreaming survived in the live shows for many years, but more recently Holy Deception’s intensity and Trifixion’s demented invocation have found themselves revived and brought back into service.

It's reasonable to suggest both Deicide and Legion will feature prominently in the collections of most fans of extreme music, but it is disc 3 of this collection that might be something that has been overlooked throughout the years. Amon: Feasting the Beast was released in 1993 and is a combination of two demos from the era when Deicide went by the name Amon.

Feasting the Beast is eighty percent the tracks from the debut in early form. Missing are Deicide and Mephistopheles, replaced by grotesque Hellscape intro that is Feasting the Beast and a rough, original demo version of Sacrificial Suicide.

Hearing early versions of songs you’ve lived with for thirty-plus years is always an interesting listening experience and an insight into the creative process. The astute can pick up where ideas have been exchanged and make a decision as to which version they prefer.

Deicide would go on to record another four albums for Roadrunner before a switch to Earache but, in many ways, Legion was probably the last of the era’s great Death Metal albums. For, as often happens, the major labels swooped in and signed up the likes of Carcass and poured money into Morbid Angel.

That said, the changing trends have never seemed to affect Deicide as they have put out a consistently reliable string of God-Bashing, unapologetically Death Metal albums right up to 2018’s Overtures of Blasphemy.

Whenever I’m in the mood for a bit of old school Death Metal I reach for some early Morbid Angel or some Benediction or Deicide and this collection from Cherry Red Records is the perfect reminder of why Benton and co are still one of my top three go-to DM bands.