They’ve been creating a stir on the UK hard rock scene for the past couple of years. Made up of musicians from across the country, Kira Mac is now primed and ready with their debut record Chaos is Calling. The band currently comprises vocalist Kira Mac (Rhiannon Hill), guitarists Joe Worrall and Alex Novakovic, bassist Bret Barnes and drummer Max Rhead (it’s drummer Cal Casey who features on the album).

It's been a frustratingly long road for Kira and Joe, as Kira explains. “It’s been in the making from 2015 when Joe and I met. It’s been a really long time coming (and we've had such an incredible time writing and making it on its little journey) that we hope everyone loves listening as much as we loved making it! I think this album has a song for everyone, whether you like rock or blues music or not — and above everything else, it’s us, and it’s honest”.

With their music steeped in the blues, the debut album is a rich seam of hard rocking bluesy based songs that highlight Kira’s powerful vocals and the twin riffs of the double pronged guitars. Think Shinedown, Halestorm and the more muscular parts of Black Stone Cherry and you’ll have a fair idea of the band’s sound. 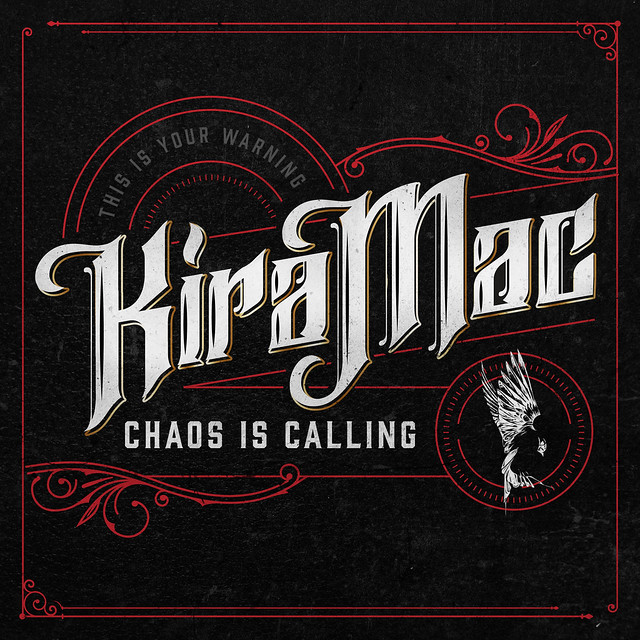 It’s robust from start to finish. The bombastic duo of ‘One Way Ticket’ and ‘Hit Me Again’ provide the beef for a feisty opening to the album, full of power and passion, one can almost feel the release of tension as the tracks burst out. There’s plenty of confidence in the band, with the Southern swagger of ‘Mississippi Swinging’ a definite highlight. Kira’s vocals are a smouldering combination of smoky drawl and honest talent. She can hit a note, as anyone who has seen the band live can attest. ‘Hell Fire Holy Water’ is another that demands attention, with its anthemic feel and vibe.

An album that relies heavily on the good time approach, there is little to complain about here. As Kira comments, “The first two singles definitely set the tone for the album: we were going for an ‘all killer, no filler’ vibe, so we deliberately picked the most party ones, but there’s a few on there to level out the dynamic.”

Kira Mac is hitting the road shortly, and these songs will be given a further lease of life in the live setting. It’s likely to be an excellent set of gigs, so get along to one near you if you can. These songs are made for the live experience.