Manchester’s Buzzcocks is a band that needs no introduction. Genre-definers alongside The Stranglers, The Clash and the Pistols, Buzzcocks forged their own path through the fledgling Punk scene of the late 70s, marching to the beat of their own drum, led by the genius duo of Pete Shelley and Steve Diggle.

Sadly, Pete passed away in December 2018, but Steve, along with a rhythm section of Chris Remington and drummer Danny Farrant have kept to flame burning and continued to tour the band’s not inconsiderable back catalogue. In fact, it would have been the easy option for Diggle and co to rest on their laurels and celebrate Buzzcocks’ legacy with every show; but that would be too simple.

Instead, the band have poked their heads above the parapet and written a new record, sure in the knowledge there will be a contingent ready to take critical aim at them for even daring such a project.

The 10” of Senses Out of Control saw the light of day back at the end of April and that title track forms the opening salvo of the new record. Its incessantly upbeat sound colours much of Sonics in the Soul, with the love-letter to their home-town, Manchester Rain, continuing the mood with an irresistible drum-beat. 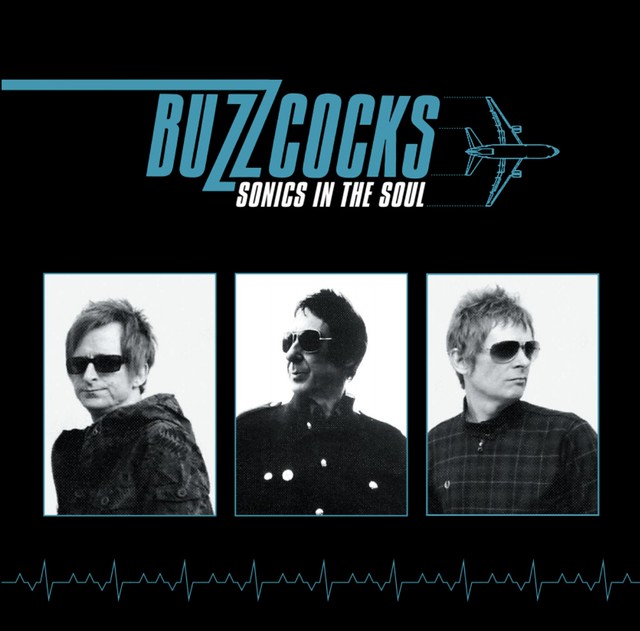 Buzzcocks occupy an important place in the annals of Punk which was cemented in the time before mohawks and studs were the done thing. Whereas the Pistols preached Anarchy and destruction, Buzzcocks’ approach was more melodic and introspective formed the basis of many a Pop-Punk bands over the past few decades.

So, while Senses Out of Control and Manchester Rain, along with Everything is Wrong and closing track, Venus Eyes, follow a safe and inoffensive route, there are other moments across Sonics in the Soul where the band let the veneer of relative respectability slip and take a turn for the darker on the likes of You’ve Changed Everything and the creeping, whispered-voiced, Bad Dreams.

Steve performs all vocal duties on the record, even managing to replicate the dual voices on Can You Hear Tomorrow’s heavier approach. Don’t Mess with My Brain has a solid Brit-Pop sound going on and Just Got to Let it Go harkens back go the classis Buzzcocks sound of old. And, just to throw a curveball into the mix, both Nothingless World and Experimental Farm present with some psychedelic vibes.

Coming eight years after the last record, The Way, Sonics in the Souls is as good a Buzzcocks record as we could hope for in 2022. The original three albums from the late-seventies: Another Music in a Different Kitchen, Love Bites and A Different Kind of Tension are lauded as classics for a reason. The loss of a creator as important as Pete Shelley would be devastating to most bands, but kudos to the three remaining members for keeping the flag flying and for releasing a record still worthy of bearing the name.