North Greenwich had a certain buzz around it before Evanescence and Within Temptation took to the stage. After multiple delays, the Worlds Collide tour had finally arrived in London’s O2 Arena and the atmosphere was electric. As fans funneled into the arena you could feel the anticipation boiling over and before the first note of music was played, the entire room was united for a night of rock!

Opening the show was Tennessees' own Veridia making their London debut in the biggest arena available. The pressure that must have come along with that didn’t faze the alternative rock outfit however as they quickly won over the early crowd with mesmerising stage antics and powerful performances. From light whips to encouraging crowd participation, the band used their short set to captivate a new audience with a huge moment coming in the form of Amy Lee coming out to perform the band’s track ‘I’ll Never Be Ready’ after the song was dedicated to her brother Robby Lee who sadly passed away back in 2018. Despite only having a short time with the crowd, Veridia ensured they would not be an afterthought for those who came down early to check them out. 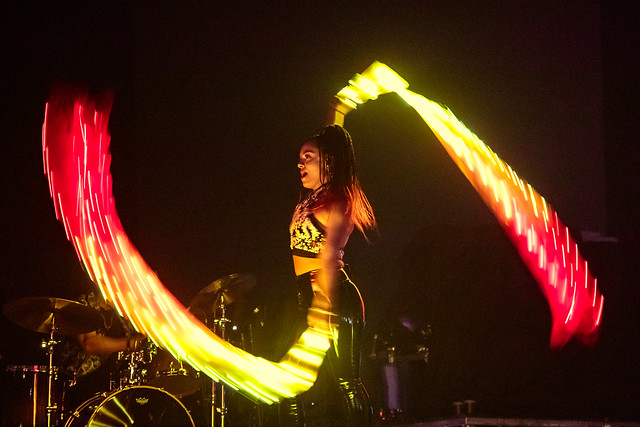 The excitement only grew around the O2 Arena as Within Temptation took to the stage. Opening with a fire fueled performance of ‘Our Solemn Hour’ before unleashing the explosive track ‘Faster’ on the London crowd. Unsurprisingly, fans who had waited over 3 years for this show couldn’t hold back their passion for the music as their voices echoed around the arena. ‘Paradise (What About Us)’ showcased the bands technical brilliance while ‘Stand My Ground’ opted to set the arena ablaze with tons of pyro to capture the minds of the fans. 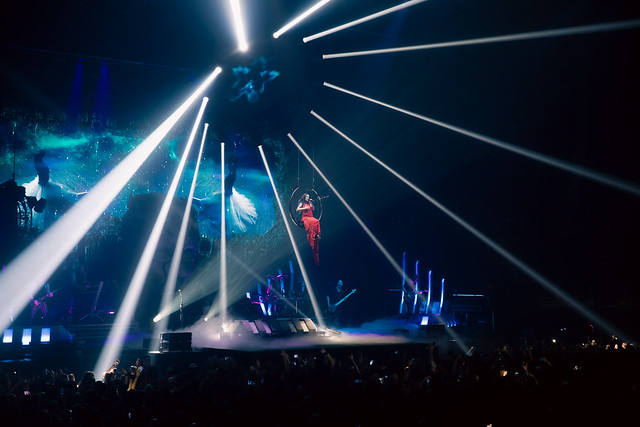 Musically, the band sounded great but their stage presence and performance was next level. Whether it was Sharon Den Adel raising above their cyborg head to perform ‘Angels’ or waving the Ukrainian flag in support of their war effort during ‘Raise Your Banner’ , The band did an amazing job of using symbolism to add another layer to their performance. A beautiful  moment from their set was the performance of ‘All I Need’ which saw singer Sharon Den Adel change into a red dress and sing from an elevated seat high above the stage. The arena was lit up with fan lights and it made for a stunning visual that I won’t soon forget. Closing out their set was ‘All I Need’ and Within Temptation made sure to go out swinging as they reintroduced a lot of pyro for one last hoorah. 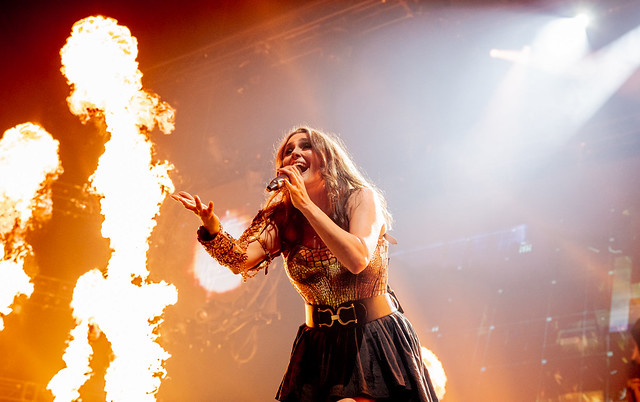 Evanescence would take to the stage to ‘Artifact/The Truth’ before opening their set with the heavy natured ‘Broken Pieces Shine’ which received a huge reaction as Amy Lee appeared above drummer Will Hunt. The band capitalized on the momentum by unleashing ‘Made Of Stone’ onto the adoring crowd. Amy would go on to address the 3 year wait stating that “Absence does make the heart grow fonder” before dropping right back into the music with ‘Take Cover’. The newer songs received a fairly positive reaction however, the earlier tracks would re-energize the crowd in a heartbeat. The first example of this was in the form of an emotional performance of ‘Going Under’ off the bands ‘Fallen’ album.

Surprisingly, ‘Wasted On You’, A song of the bands most recent album ‘The Bitter Truth’ received a huge raw of approval with fans echoing the chorus back behind Amy. This was followed by a triple threat medley composed of ‘Lose Control’, ‘Part Of Me’ and ‘Never Go Back’ with Amy Lee taking a place on a piano front and center for ‘Never Go Back’. She would remain on the Piano for both ‘Far From Heaven’ and ‘Your Star’. Imagery was a big part of Evanescence’s set and nothing quite captured the audience's attention as much as ‘End Of The Dream’ which saw Amy standing at the top of the stage as a silhouette while crows flew round her. 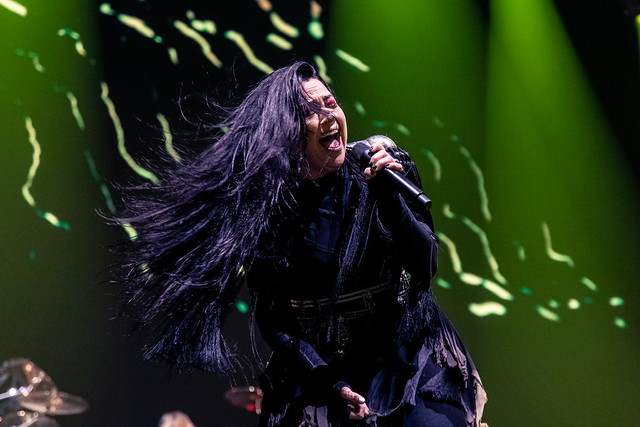 Returning to their newer material, ‘Better Without You’ helped draw fans back into the action before ‘Call Me When You’re Sober’ tested the resilience of the fans' vocal chords and memory of an older track. This marked a real turning point in the set as it seemed the people in attendance had hit their second wind so the band capitalized with powerful performances of ‘Imaginary’, ‘Use My Voice’ and ‘Blind Belief’. You could feel the end was near however there was still a noticeable absence of two very important tracks. The moment the opening note of ‘My Immortal’ was played, the entire room lit up. Cell Phone lights held high and vocal cords stretched to their limits, the entire arena sang as one to a highly emotional rendition of one of the bands biggest songs. How do you follow that? ‘Bring Me To Life’ of course! Unsurprisingly, this song resulted in the loudest reaction of the entire set with fans singing every last word and walking out to a storm of Purple and Black confetti streamers.

This night was over 3 years in the making and I can say with confidence it was well worth the wait. It was a beautiful sight seeing both older and newer fans of the genre unite to enjoy the music they love so much. All three bands on the bill put on performances that will cement their place at the top of their field with Evanescence proving they are only getting better with time. 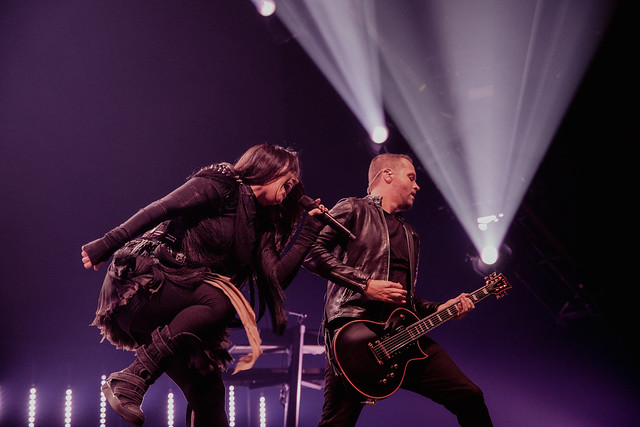 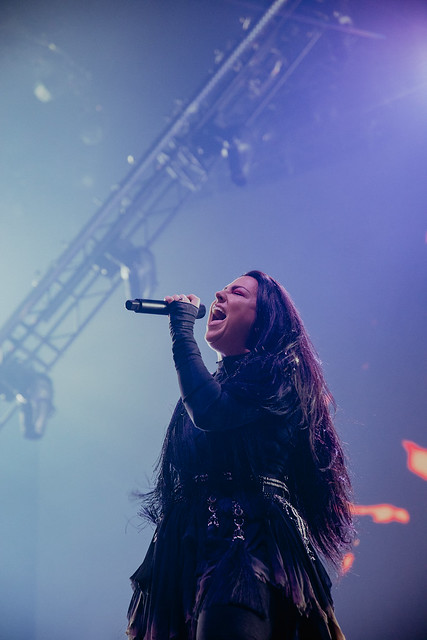 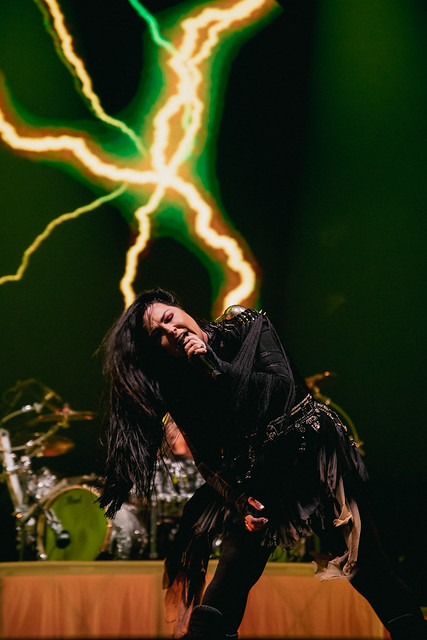 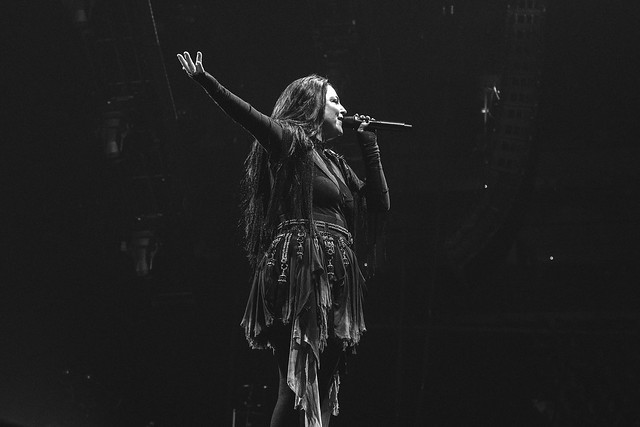 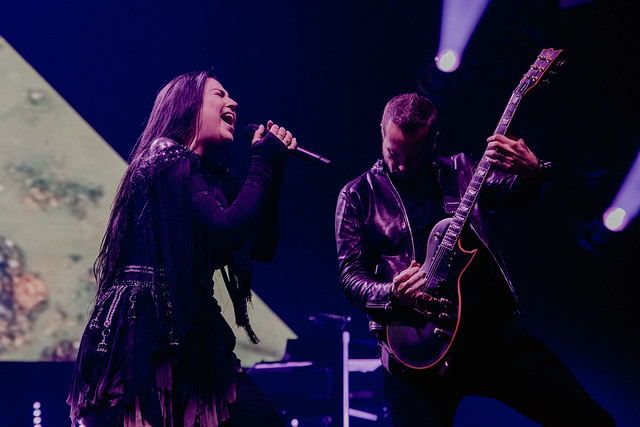 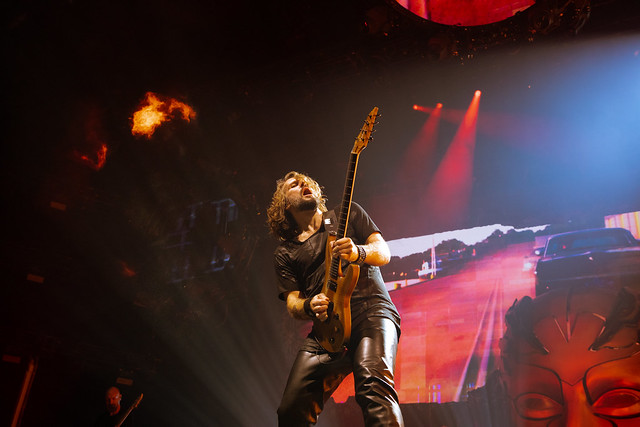 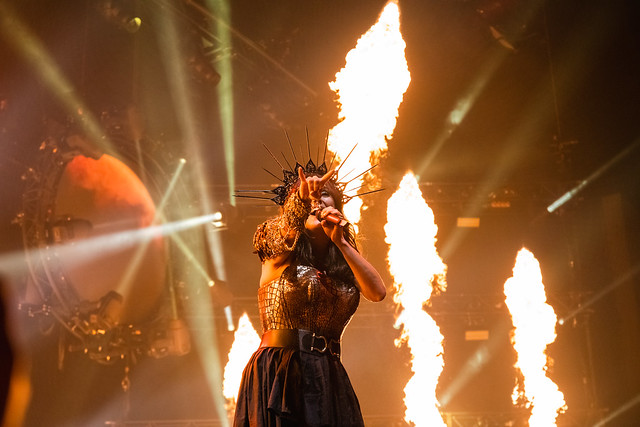