It’s a bitterly cold evening in Birmingham. As bobble hatted figures sip on their Glühwein whilst gobbling down a large German sausage or two at the city’s annual German Christmas Market we head out of the centre and towards the madness of The Asylum for a night of heavy metal mayhem with the co-headline tour of InMe and Raging Speedhorn.

The local, opening act are instrumental post-rock quartet Solars. And whilst they might not have soared to the heights that We Lost The Sea took us to at Damnation Festival a couple of weeks ago, they were worthy of the opening act. Swirling melodies caught up in the driving drum beat that stirred emotion and took us on a journey despite the lack of lyrical content. 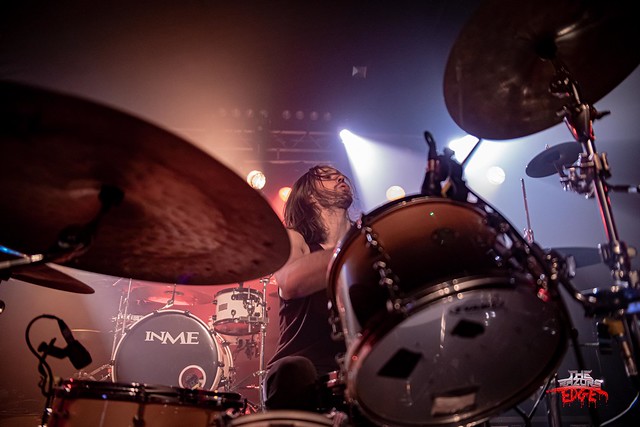 The show ramps up as co-headliners InMe take to the stage. The noughties British underground darlings are back, having overcome personal demons to return triumphantly.

The last time Dave McPherson crossed our path was on Mark Morton’s solo tour pre-pandemic. With momentum behind him and the rest of the band, InMe are now going from strength to strength. The crowd soon warms up jumping about to the bands newer material but it’s when old school classic ‘So You Know’ hits us that the fans really get into this show. 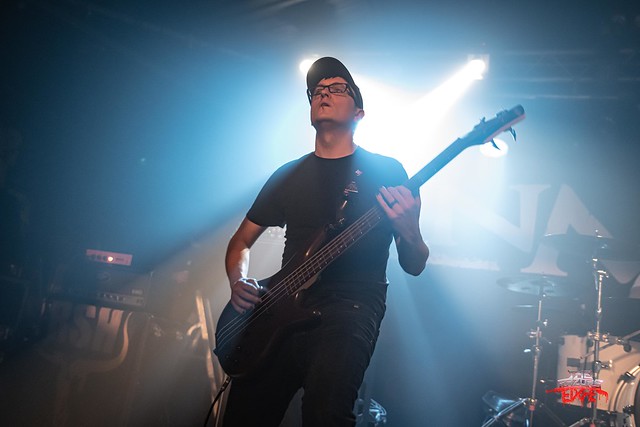 “Let’s keep it old school” McPherson proclaims as the band continue with ‘Neptune’ much to the fans pleasure. Through the remaining 20 minutes, until ‘Faster The Chase’ closed the set, it was like being back in the early 2000’s, fans in full voice as the bands energy and the atmosphere rose to crescendo. Even a post set chant of “one more song” couldn’t bring them back, that was a great warm up for Speedhorn! 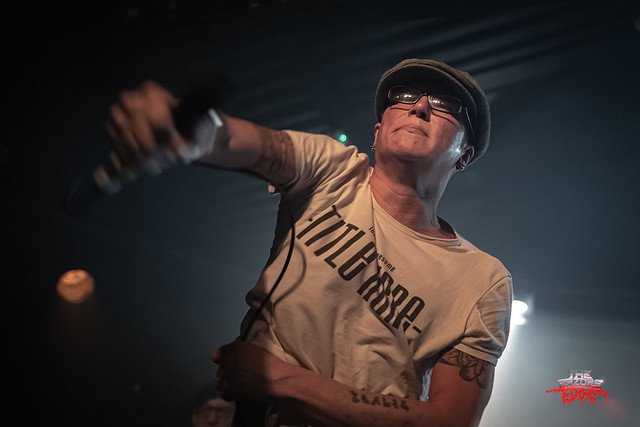 As an almost haunting red light drapes the stage we await the arrival of the Corby bruisers Raging Speedhorn. ‘Hard to Kill’ immediately gets the blood pumping before the now classic ‘Dungeon Whippet’ gets a rare outing. With a headline slot this evening they expand their usual set with some deep cuts and songs oft less played. ‘Fuck You, Pay Me’ and ‘Iron Cobra’ both get a aired in a wonderful mix to the bands usual set.

Then it’s back to familiar fair with ‘Motorhead’ leading into the venomous delivery of ‘Spitfire’ and ‘Bring Out Your Dead’. Speedhorn as a live entity are a whirlwind of aggression, power and rage, this transforms into a performance that is always on the edge, it's an energy the crowd feed off and no matter what it’s size the pit is always intense. Tonight is no different as the battle in the crowd rages on the band lead us through ‘Hand of God’, ‘Redweed’ and ‘Doom Machine’. 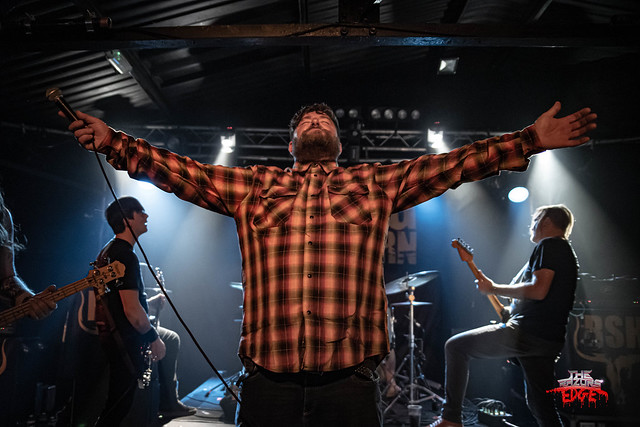 Mic issues plague Dan, to his visible frustration, through ‘Superscud’ and ‘Fuck The Voodooman’ and whilst it may cause the band a little frustration, the crowd seem unperturbed, as the ferocity of the pit intensifies. Normal service resumes by the close of the evening, ‘Hammer Down’ and ‘Thumper’ rounding out a superb event.

One thing is for sure, you will never be bored at a Raging Speedhorn show! We just can’t get enough of it! 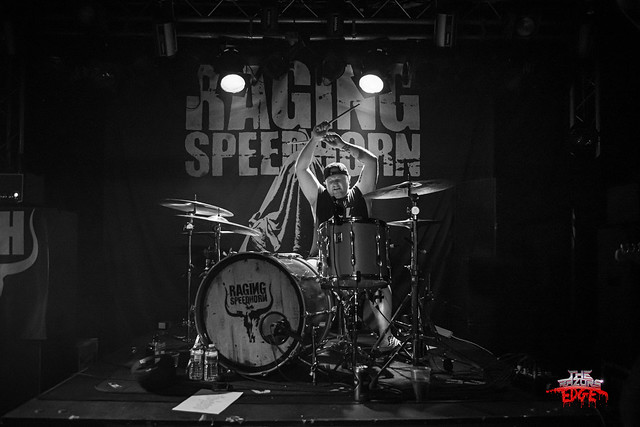 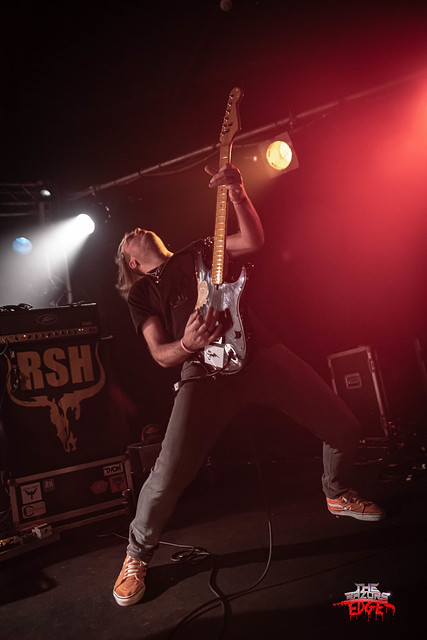 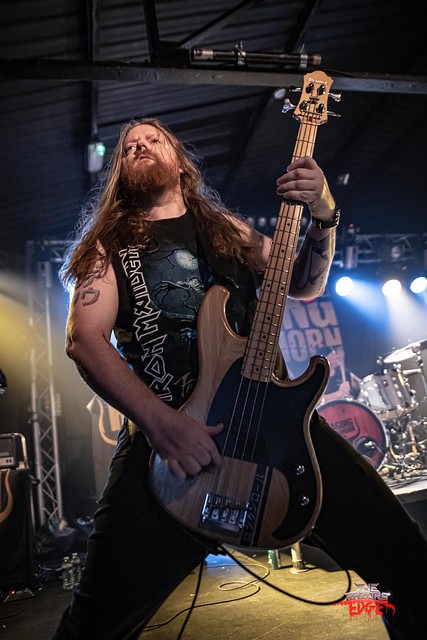 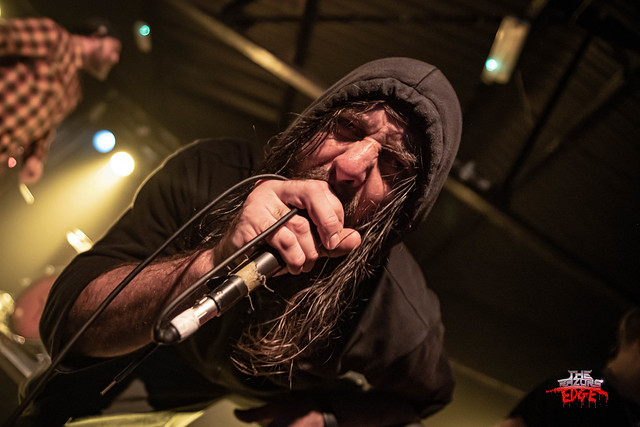 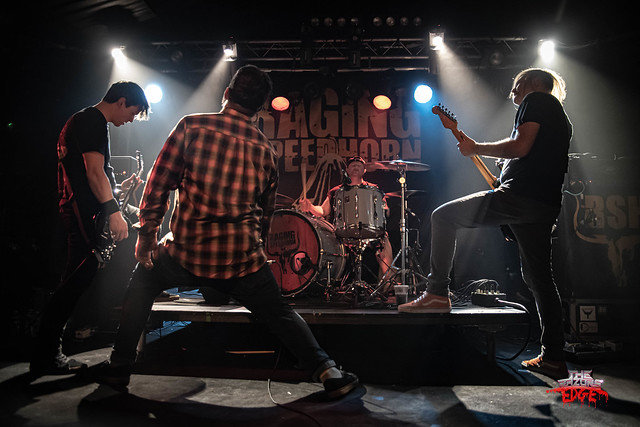 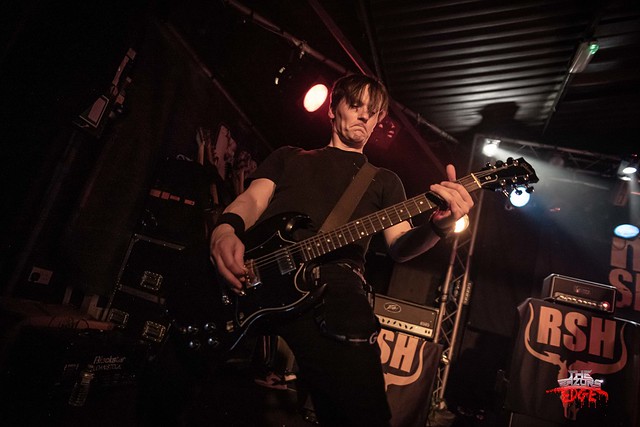