British pop punks So Long, Space Girl are set to release their brand-new album “Your Heroes Are All Dead” on February 23rd 2023!

The track listing for the album is:

Formed by bassist Paul Coppock and drummer Anina Barrett in 2019. Joined by frontman/guitarist AJ Willis, they beavered away on a host of demos, refined their line up, and played a handful of gigs.

Stuck at home due to the pandemic, they knuckled down and focused their efforts on their debut album. “Stranded”, which was produced, mixed and mastered by the rather talented John Mitchell at Outhouse Studios (Reading, UK), was released to favourable reviews in July 2021.

Following some favourable coverage, including pieces in Nightshift Magazine and some airtime on BBC Radio Oxford, the band decided to push things forward and recruit another guitarist to enhance their sound and live performances. guitarist Rob Mauro joined SLSG in early 2022.

The band then decamped back to Reading to re-enter the studio with John Mitchell to record their follow-up to “Stranded”. “Your Heroes Are All Dead” is set for a February 23rd 2023 release date, and see’s the band further refine their sound. Drawing on a heavier sound, the weightier production doesn’t take away from their upbeat sound, but instead adds further gravitas. 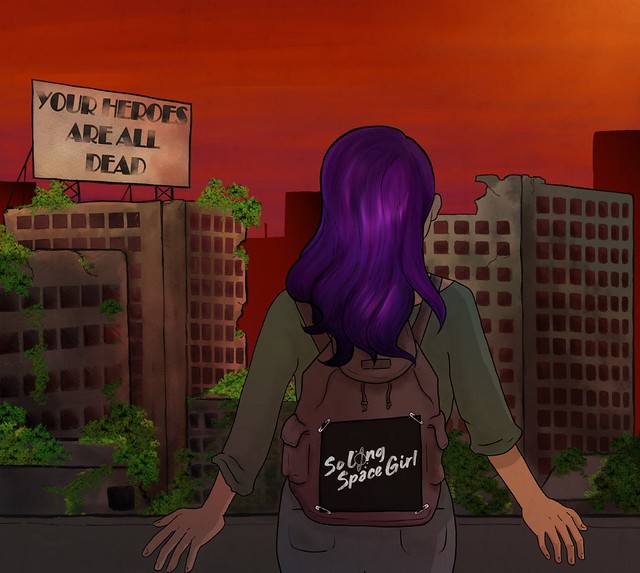