Life of Agony have been on a journey, over nearly thirty years they’ve had their trials and tribulations, personal journeys and all things that go with life in general. The journey has lead them into their latest album 'The Sound Of Scars', a concept album whose story picks up where 'River Runs Red' left off 26 years ago. It’s a stunning musical work and has cemented their status in many fans and critics eyes.

Tonight they roll into Birmingham in support of this release. Along for the ride is Doyle Wolfgang Von Frankenstein, guitarist of the legendary Misfits, here with his solo outfit 'Doyle'. 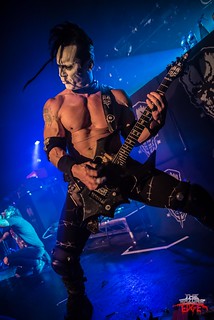 A mix up at the venue where three gigs are taking place on the same evening saw a lot of fans kept outside after the start time. With this in mind both bands reduced their set times to allow fans the time to get in and not miss out on the action.

When Doyle did come onstage, he is a commanding presence, all eyes are on him as he towers above the crowd slamming the heck out of his guitar.

Whilst this is Doyle’s band, it’s led front and centre by Alex “Wolfman” Story. Vocally not too dissimilar from Glenn Danzig, but visually and performance wise he’s a whole separate beast. Together the two of them and the rest of the band deliver a half hour set of solo material, no Misfits covers in sight. It’s an assured performance, Story’s rabid on stage style complimenting the volatile guitar sound of Doyle. If you came to see a bunch of Misfits songs you might be disappointed. But as a solo act Doyle stands head and shoulders out on his own as a beast to be reckoned with.

As Life of Agony are due on stage the room is now full, the straggelers have now made their way into the venue and found the right room for this show. New album ‘The Sound of Scars’ released just a fortnight ago is already in many people’s top albums of the year. It’s a strong release, one of their best ever, up their with River Runs Red from 26 years prior. Now the band have the job of translating it to the live arena. 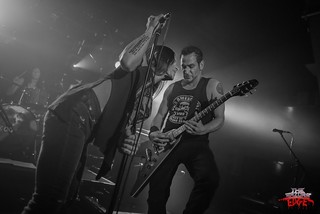 They open with ‘Scars’ from the aforementioned new opus. It’s a strong start, the song itself is powerful musically and lyrically and the crowd lap it up. I’ve watched Mina develop as a front woman over the past number of years, with each tour she has grown in confidence. It’s heart warming to see her now driving this band forward. And drive it forward she certainly does, as ‘River Runs Red’ is introduced the crowd goes wild a smile grows across Mina’s face at the reaction it receives.

The band deliver their sound perfectly, Alan Robert on bass and Joey Z on guitar ever dependable and musically perfect. But part of the new energy on display is thanks to drummer  Veronica Bellino who adds to the band dynamic and it’s made a marked change on them.

As the four piece drive through a set of classics and new material the aurora around them entices the audience in, they feed off it in a frenzy of musical lust. It’s a sight to behold.

The slightly shortened set is finished off with ‘Underground’ and ‘Through and Through’. I’m not sure what the band expected the reaction to the new album and the live show to be, but it’s beyond anything this reviewer could have imagined. A triumphant album followed up with the bands best tour performances in a decade. It was an evening of near perfection. 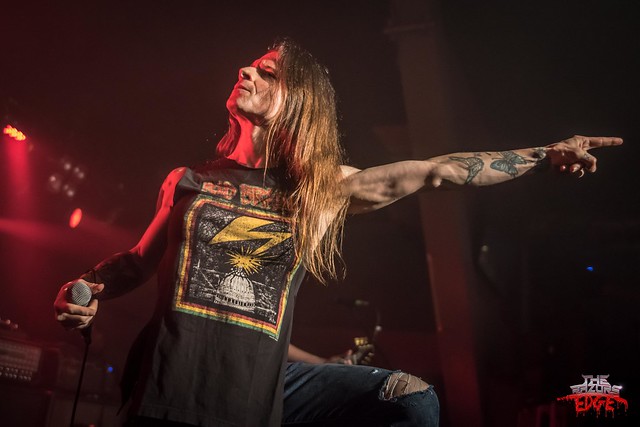