Dripback are back! The London noise mongers returned last week with a face melting new E.P. So I jumped at the chance to catch up with frontman Wez4 to talk all things Dripback. We start by discussing the bands recent hiatus and their return to the forefront of the scene.

Wez4: To be honest, it doesn’t really feel like a hiatus to me. Other than the first year or so of the band, we’ve had a relatively on/off approach to the way we do things. I guess as whole, not really having the mentality to “make it big” or play by the rules has always giving us the freedom to work how we want, when we want with Dripback. I wouldn’t say we’re lazy, but this isn’t our day job, so we have always just played it the way we do.  However, it does feel nice to have something new to give the people that support us, and also gives us an opportunity to add new songs to our set.

The Razor's Edge: Was there any particular reason for you guys putting the band on the back burner for a short time?

Wez4: Other than 3 of us having two kids each since the release of ‘Inhaling’ I guess work, real life and not rushing anything just to stay relevant probably plays a big part in it. We’ve missed opportunities to do this ep a few times and we’ve made it happen as soon as we could with regards to everything else we all have going on.

The Razor's Edge: What triggered the return?

Wez4: Well it was about time we actually did something! 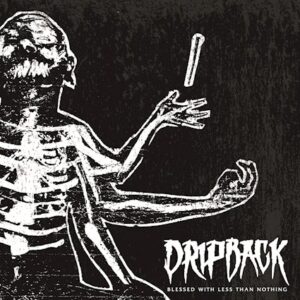 The Razor's Edge: So now you are back, you’ve got this nasty, dirty E.P., Blessed With Less Than Nothing, to rub in our faces. How long was it in the making?

Wez4: Well I think at least 50% of these tracks were written years back, after or during the ‘Failed Futures’ writing and recording. The plan was to follow the album up with an EP a year or so after but due to the delayed release of the LP it never happened. The rest was written in the 6 months before we hit the studio I think. I had a book full of lyrics that I felt I could manipulate to fit whatever was on the plate, so I sat and waited until I had 5 tracks and then set about making it work and tried to balance the context of each one to work with the themes I had in my head.

The Razor's Edge: What’s the writing process like? Group effort or a couple of you take the lead?

Wez4: Mostly it’s Gino and Lee. I haven’t contributed any riffs since the first E.P. The others make their contribution when it comes to construction mostly. Which of course is incredibly important.

The Razor's Edge: Gino and Lee bring stuff to Adam and Hellhog and they mash it up in a practice space and I write the lyrics over live phone recordings sent via email mostly. It’s rare that the rest of the guys get to hear any lyrics for new tunes until I’m in the booth at Parlour with Russ.

There’s a mix of styles in your music… death, grindcore maybe a touch of hardcore too. Was that always intended?

Wez4: One hundred percent. We all grew up with early to mid 90’s Roadrunner and Earache Records! At that time they were covering exactly that mix. The records released by those two labels at that time are the exact ingredients that make our sound.

The Razor's Edge: And lyrical content… there are some intense subject matter in there. Was there any particular influences that led to the topics you touch on?

Wez4: There’s definitely a much more sour vibe to this E.P. than there is on ‘Failed Futures’. The LP was heavily based around the problems we have in the world. Political issues, social issues, semi anarchic mentalities, as well as a decent amount of stories of Buddhist wrathful gods and reincarnation, the afterlife and a touch of DMT. With this release I really wanted to focus on my own personal frustrations regarding the hypocrisy and self centered mentalities of the modern human. From people complaining about human rights whilst using their phone made by a child in sweatshop factories, to surgically enhanced narcissists and high end consumers looking down on others. There’s a heavy stab at cancel culture, the mentality of “taking offense” and the threat that poses on our freedom of speech as one whole unified group of human beings who I believe should be moving forward in life rather than bickering over who is on what side.

There’s also an LSD tune in there for good measure.

The Razor's Edge: The legend that is Russ Russell came in to produce this beast. Did you chose him or did he chose you?

Wez4: From the start we chose him. Some of us had worked with him before Dripback. Russ has done everything we’ve ever released. He will always be a part of what we do. He brings the best out of us and we bring the worst out of him. Haha!

The Razor's Edge: What’s he like to work with and what sway/influence does he have on the final direction of your music and the recording?

Wez4: He’ll definitely tell us if he thinks something’s crap!  We love working with Russ. He has a way of making us do more than we think we can. He’s been known over the course of 3 records to tell us to change something or refuse to do something we want or even play a guitar on a track if he feels it will benefit the recording.
I don’t think it would fell right to make a Dripback record with anyone else.

The Razor's Edge: So what’s next from here? What are your plans as a band?

Wez4: I have not got a clue!  Let’s see how things go, take it as it comes, see what happens. No stress for us either way. This is supposed to be fun. What’s more fun that not knowing?

The Razor's Edge: Has the bastard coronavirus had any impact on your plan?

Wez4: Well our UK release shows for this E.P. were cancelled due to me and Luca living outside of the UK. So there’s that!  I guess for all bands there will be many complications for a significant amount of time after that start of this. Personally, I see it as a case of "it is what it is" and we just play it as it comes. We are used to setbacks and obstacles, so it’s really not that much of a big deal if you look at the bigger picture.

The Razor's Edge: Thanks for taking the time to talk

Wez4:  Thanks for having us! 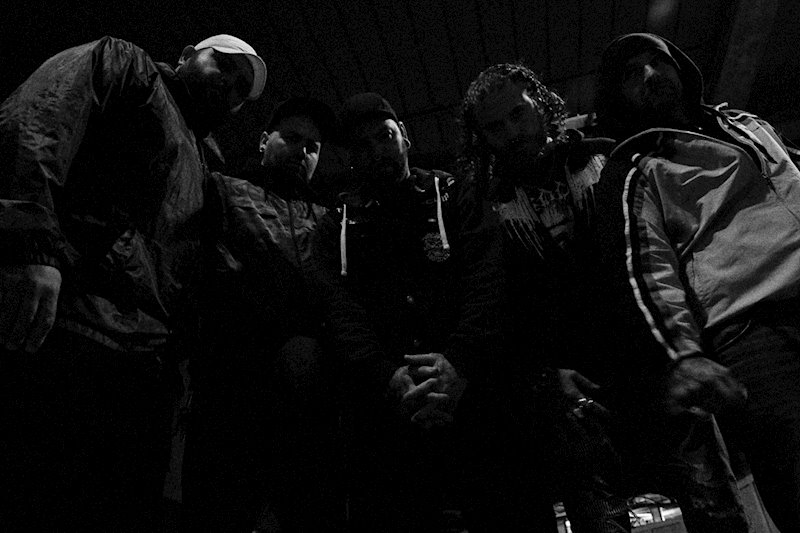