It does not feel as though there is an ounce of fat anywhere on Indoctrinate, with fourteen of the fifteen tracks averaging around the just over a minute mark. The debut full length from Perth, Australia’s Concede is an absolute study in shock-and-awe tactics, with every one of those fourteen delivering a blitzkrieg of musical extremity.

Concede layer barrages of grinding power violence atop of each other; dirty guitar lines compete with devilish drumming and fuzzed-up bass and the resulting musical mayhem feels like being under-fire and sends you scrambling for cover. Across the album the vocals match the music pretty much beat-for-beat; at times screeching and inhuman, at others low and guttural, but always tortured. 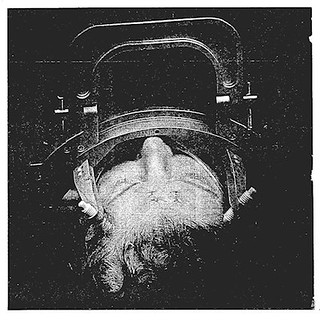 Although consistently ferocious in its execution, Indoctrination is far from a one-trick pony. Among the thick, chunky riffs of Plagued, Burn In Your Own Hell and the title track can be found pressure-relieving beatdowns, small oasis of calm within the chaos. There is even the occasional resort to a groove heard on You Ruin Me and Baited, just to demonstrate Concede are not quite the grotesque sociopaths Indoctrinate would have you believe.

Laying in wait within the aural melee, amid the grinding guitar and animalistic screams, comes the first surprise of Indoctrinate. Whereas the record so far has been an essay in extremity, the almost conventional No Certainty, with the occasional clean vocals and less chaotic instrumentation, feels more Metal than anything yet encountered.

Concede leave the biggest surprise card until the end, with the near six-minute One with the Earth, a sludgy, hook-laden track that stands somewhat at odds with the unforgiving nature of what has gone before, but also works as the obvious way to close out the album.

Indoctrinate is a fearsome beast of a record, short yet perfectly formed for anyone wanting to express their dissatisfaction at the current state of the place. Concede have brought together their influences of gindcore and power violence, and not a little hardcore too, and created a bile-spitting twenty-three minutes of disgust and unfiltered rage.