Moshin’ The Roof On Returns Raising Money For Shelter.

"Homelessness in the United Kingdom should be a thing of the past. However it is in reality a plight that incresingly affects peope, with nearly six million people in high-risk housing, 90,000 in temporary accomodation and hostels and at least 5,000 people a night sleeping on the streets, a situation made even more difficult due to the current global pandemic." - Neil Brannagan-Fuller, UK Thrashers

In 2020 the team at UK Thrashers decided to send a call out to the UK thrash community, asking them to come together to help support the homeless charity Shelter. The result was twenty six bands contributing tracks to the album Moshin' The Roof On and £2,000 of invaluable funds being raised. That, however, was no more the end of the story for UK Thrashers than it was for Shelter or for all the people still struggling to survive on our streets. So on April 9th Moshin' The Roof On 2 will be unleashed - this time featuring thirty of the UK's finest thrash outfits, from established names like Solitary, Suicide Watch and Elimination to hungry new speed freaks, heralding in a new mosh age, like Thrasherwolf and Tortured Demon.

Moshin' The Roof On 2, featuring two hours and twenty minutes of prime thrash metal, will be available as a double CD jewel case with exclusive artwork and a digital download, exclusively via the UK Thrashers BandCamp page. Pre-orders are open now and all those who order before March 7th will have their names printed in the CD booklet as a special thank you - so get those orders in now!

Neil Brannagan-Fuller from UK Thrashers told us a little more about what to expect across the two discs of Moshin' The Roof On 2:

"We have contributions of all kinds, from bands who have been part of the UK scene since the '80s, bands on record labels through to self releasing underground bands who will make their debut release on this CD, a mix of released tracks as well as demos and brand new songs that even the bands themselves haven't made available yet."

Neil was also keen to offer his thanks to everyone who has been a part of the Moshin' The Roof On project:

"We couldn't have got this far without the support of the bands involved, as well as the generosity of time, advice and expertise from the wider metal community! Especially BandCamp who discounted their commission, Imperative PR for promotional support, Fat Angel and Unearthed Management and CRAM Duplication who discounted their already great prices."

If you missed it last year - you can check our coverage of volume 1 here. 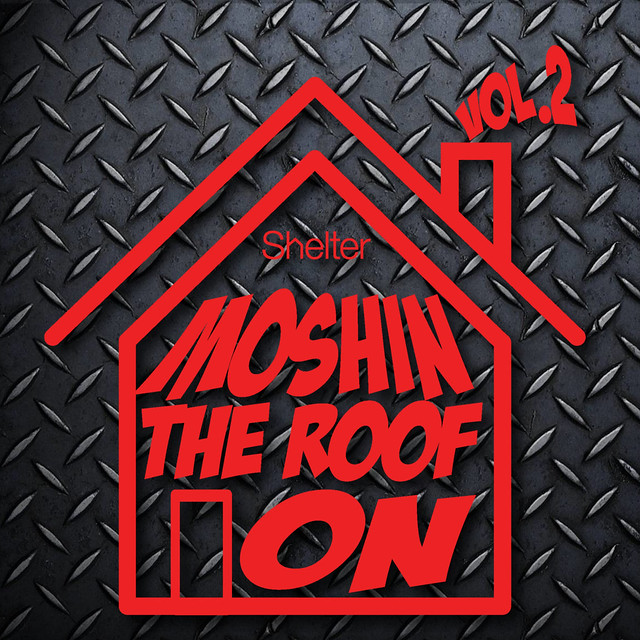