Channelling the disruption caused by the 2020 pandemic the UK’s Cognizance team up with Prosthetic Records for the release of the bands second full length record titled 'Upheaval'.

'Upheaval' which Cognizance handled both the recording and production themselves before handing over the final mixing and mastering duties to Swedish producer Fredrik Nordstrom who has worked with everyone from At The Gates to the Architects, begins by subjecting the listener to a face ripping 1-2 opening punch of the tracks 'Hymns' & 'Drifting (R)evolution'. Both tracks going in straight for the throat with a barrage of furious technical riffs, machine gun vocals & thundering drums. Although the songs are undeniably technical it’s obvious right from the start that this record has been built on a foundation of strong and passionate song writing ability and not just overly flashy showmanship.

Throughout Upheaval, Cognizance treats the listener to a fantastic display of modern technical death metal, the songs are compact and are built through a dual guitar assault weaving between a variety of sections which gel seamlessly going between the bands technical prowess, hard as nails groove sections and melodic touches which comes through in the form exceptional lead work throughout the album. 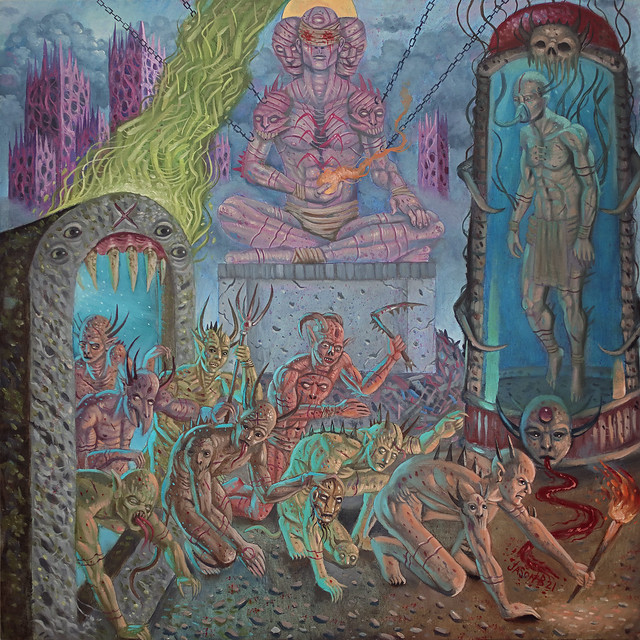 Tracks such as 'Forbidden Alchemy' and 'Decaying Gods'” lean on a heavy dose of groove to open before transcending into the bands more straight up technical sound. Drummer David Diepold (who in the last year joined tech death giants Obscura) compliments each track with a powerful performance behind the kit, which is felt especially on the albums final track “Aeon Sickness” which for me is the standout track on the record, which right from its opening sweeps the song breathes a whole new level of song writing on an already superbly written record.

Cognizance have brought to the table a solid piece of work on Upheaval, adding another collection of quality well written and executed tracks to an ever growing and thriving U.K. death metal scene.

In a style of death metal that has a tendency to be all flesh with little substance to back it up, Cognizance proves that by bringing together a collection of tracks that are as well engineered and crafted as the ten tracks on Upheaval listeners will come back again and again.