2017 saw the return of UK doom legends Warning after an extended hiatus. The band, led by Patrick Walker played Roadburn Festival followed by a slew of other dates including an amazing set at Damnation Festival later that year, along with shows at Hellfest and Desertfest.

The band released their seminal album ‘Watching from a Distance’ on vinyl for the first time earlier this year, and now they are, in conjunction with Cappio Records, able to release their show at Roadburn in limited edition of a mere 500 pressings.

Having released ‘Watching from a Distance’ in 2006, Warning disbanded two years later but there was a continuing love for the record with many new fans discovering the album and wondering if those songs would ever be played live again. The answer was yes, because Walker and the band, Marcus Hatfield – bass, Wayne Taylor – guitar, and drummer Andrew Prestidge did indeed return with performances of the album in full.

‘Watching from a Distance’ is an album that polarises opinion. Some of the reviews on the metal archives website absolutely slate this release. Others cannot offer up enough praise. It’s certainly an album that you’ll either become absorbed by or go “pfftt” and walk on by. 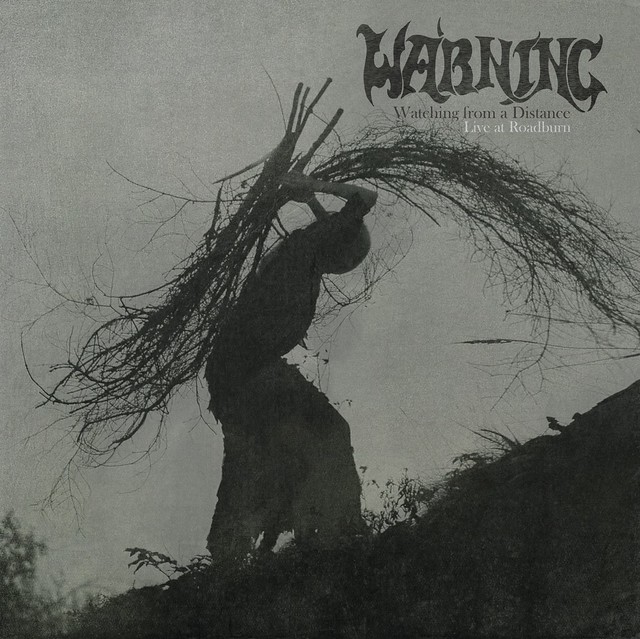 The songs are slow, sludgy, with long, heavy riffs that move at glacial pace. Walker’s harrowing vocals hang in the air, no urgency about them, with limited tonal diversity. The riff is repetitive, the songs slowly meander. But for all that, there is something compelling and absorbing about Warning. Consisting of a mere five songs, the shortest is just over seven minutes in length whilst the title track is a mammoth 14 + minutes.

This live version captures Warning at their most captivating. There’s not a note wrong. The songs are familiar, but they are also mesmerising, allowing you to become fully absorbed as the music crashes around you. It flows, it moves and develops organically, all the while maintaining that huge sound which totally envelops the listener. The crowd are appreciative and respectful.

If you are a fan of the band, then you may already have the album on order. If you aren’t, this won’t change your mind. For me, it’s a special recording of an album that ranks highly in my all-time favourites.