Archspire really are a new force that’s beginning to make waves not merely in the technical death metal community, but within the overall metal world on the whole. Their previous album Relentless Mutation, released back in 2017 was akin to a bolt of lightning on a clear day, elevating the band to new heights and before long many, many new sets of eyes were training themselves on Archspire. The band originally began back in 2007 under their first name of Defenestrated however it wouldn’t be long before the band altered their name in 2009, whereby they would soon become known as Archspire and release their first EP in 2010 titled All Shall Align, which also stood as the title for their first full length record a year later. I also listened to their 2014 album The Lucid Collective of my own volition a few years back however, it truly was 2017’s Relentless Mutation that can be argued to have put the name of Archspire on the map. Now with 2021’s Bleed The Future on the horizon as well as the eager ears of fans all perking up, this is a perfect opportunity to see where Archspire will take us next knowing full well the band’s adoration for all things intense and at a breakneck pace.

I cannot recall the last time I listened to gravity blasts from drums not only at all, but this well done. The blast beats here are frenetic and merciless in their conquest for obliteration, but in doing so create the parameters by which the slower or steadier tempo material may hold deeper value because you’re quickly introduced, early on in the album, the sheer extent to which the band are prepared to go to for their ferocity. Archspire have always had a love affair with speed and the drums are a prime example as per that commitment to all things ridiculously intense. The best thing about the adoption of such speed to the instrumentation on the whole here is how controlled and disciplined the band come across as throughout the entire album, even when the drums aren’t going at lightning speed they’ve always got some thing going on and happening at a steady pace too, so we’re constantly engaged as well as enthralled by the drumming. The bass drums and standard drums here feel like the sticks are barely leaving the already taut skin of the drum set before the next onslaught comes round to batter them once more. But there are of course moments where the band do “slow” things down to a more rudimentary and traditional death metal tempo, and it’s across these moments where the real technical understanding of the drums comes into play. Listening to the drums during these occasions is a treat to the ears as not only do we acknowledge how we’re being entertained, but we can practically understand why and how through what patterns and approaches their drummer is taking towards his kit. To pardon the pun, the drums are striking here.

Archspire are one of the few extreme metal bands that come to my mind when I think of speed outside the typical domain of the instrumentation. Oliver Rae Aleron is such a talented vocalist it’s utterly frightening. I haven’t heard vocals and lyrical verses performed this quickly, this tightly controlled and this aggressively performed without feeling like they’re being drowned out by the riffs or drumming since… well, the last Archspire record. It’s clear from the mixing and production standpoint that the band fully understand the capabilities of their vocal frontman as his performance is on full show for you to take in. The power he has in his voice is exceptional but the most endearing vocal aspect to the band, if you ask me, is Aleron’s discipline. He not only exerts a serious ability to project his voice but also at keeping it under control; many other vocalists may run the risk of getting lost in the pronunciation of their syllables moving at such speeds however Archspire don’t have that issue. Even then we have to remember how Aleron will also be switching between the concise, growling style and immediately switch to a guttural roar that’s at home with anyone familiar with typically Brutal Death Metal. I pray Archspire never lose Aleron because I think he’s become such a staple of the band now. 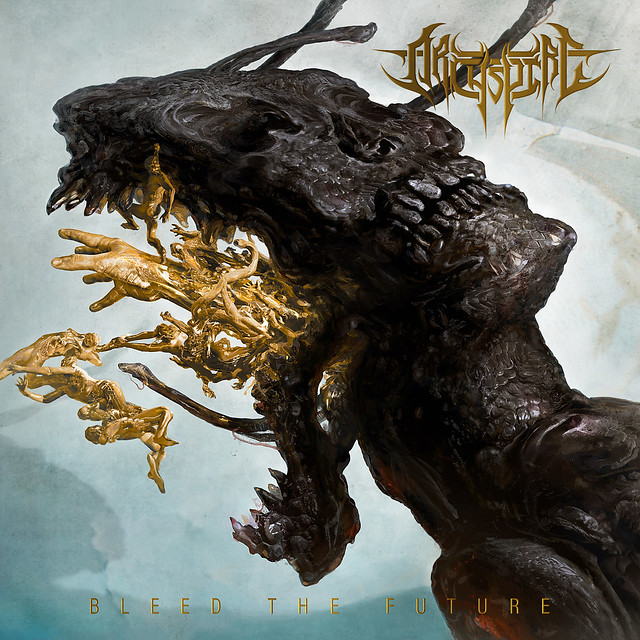 The riffs and overall track structures herein do, at times, possess a nigh on neoclassical vibe to its performance whereby you’re not merely receiving a full blown assault of technical capability, but you’re also hearing a remarkably refined and crisp demonstration of how the guitar work can easily meander its way betwixt deafening brutality and pieces of real, genuine solace. It’s this striking

juxtaposition that the band are constantly utilising, bouncing ever back and forth between the two extremes, that keeps their instrumentation so effectively engaging. With an album that is just over 30 minutes long, the band don’t exactly have much time to undergo anything too extravagant so these displays of all out aggression are not only great to get you pumped up but they ensure you’re switched on to the relentless pace of the band’s playing. As a result the album goes by quicker which only heightens the likelihood of repeat listens.

When you’re playing as fast and ruthlessly as Archspire are, you can’t just play your own respective piece and hope it all meshes together. Throughout the album, and the various tracks therein, it’s rather obvious how the band are this astutely well-coordinated and confident band and team. It isn’t simply a case of understanding how one element might help another, or how the drumming may reinforce any particular riff and whatnot. For Archspire it’s about the complete picture and only by stepping back from any specific nitpicking are we able to fully understand what makes this record as cohesive and intricately complex as it is. Bleed The Future is a technical death metal record whose technicality lies not merely in the songwriting or individual ability (even though such examples within the record are noteworthy), but rather set in the band’s interplaying with one another and how they all apply some layer to the record that, should it be removed, would result in a lesser product because that coordination wouldn’t be as pursued as mono-intentionally as what the band have otherwise provided for us here.

In conclusion, Archspire deliver up another slab of devastating technical death metal that somehow manages to meet with their previous release. Boasting what could be one of the year’s best metal music videos accompanying “Drone Corpse Aviator”, Archspire demonstrate how to do technical death metal done right. The coordination and trust the band have amongst themselves just continues to amaze me, and it’s only reflected in the breakneck pace that this record effortlessly provides for you. This album is so fast that you’ll be demanding yourself to have multiple listens of Bleed The Future not because of the sheer speed it moves at and you’ve missed something, but because the first time round you may hear something for a moment and it’ll grab your attention and you’ll be wanting to listen to the record again, now prepared to listen utterly intently to what is coming your way. Often Technical metal can fall into the trap of displaying such individual wizardry in the instrumental performance that the band’s collective ability to perform can be hindered somewhat; Archspire are the complete opposite of this issue. This is a searing, blindingly fast and addictive listen that’ll have you return several times over. Bleed The Future is a non-stop adrenaline rush.