Last year’s ‘When Life Falls Silent’ started a ripple in the blackened death metal pond for the London based quartet. Their follow up demonstrates a maturity in both song writing and playing. They retain some of the groove that was evident in the debut, that blend giving them a unique approach in comparison to many peers. And they have the powerhouse vocals of Debora Conserva, whose brutal delivery is surely enough to strip paint from timber, so savage an assault does she spew forth. The band has one more ace to throw in, with the mixing and mastering coming courtesy of Krysthla guitarist and production wizard Neil Hudson.

In the main, Phobetor throw their aggressive, bruising style hard and fast. Only two songs clear the five-minute mark, but long tracks in this style aren’t something that usually bring much reward. Instead, Phobetor bring it quickly and with a raging fury that rarely loses any heat. There is a relentless assault from the off, with opener ‘Solace in Darkness’ and following track ‘Beneath Black Waters’ damaging yet containing a soupçon of melody which allows the music to permeate and linger in the memory.

The aural assault continues throughout, the tracks coming fast and furious. Conserva’s vocals are ferocious, although at times the slightly one-dimensional delivery could leave you wishing for a bit more variation. But hey, that’s a minuscule grip, for her demonic voice is well suited for such visceral sounds. 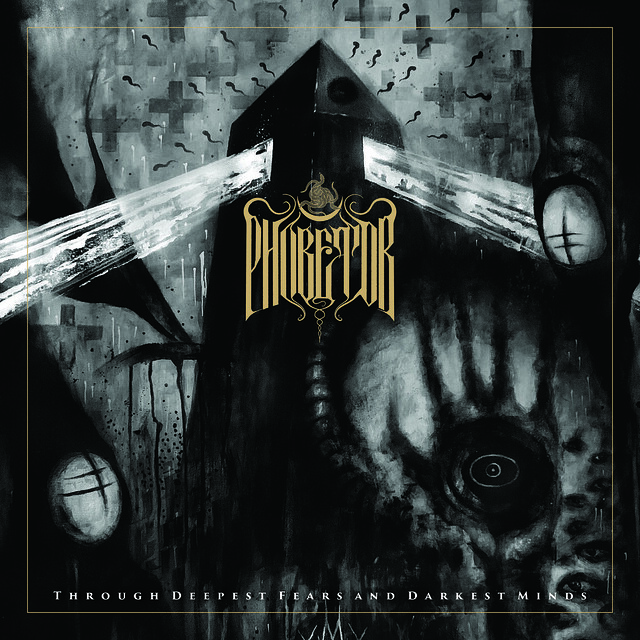 There’s also the occasional chance to breath, such as the slower paced beginning of ‘One Last Breath’, which I imagine would allow those pitting in the live arena brief respite before Phobetor unleash further machine gun carnage. The themes here are dark, terrifying and a soundtrack to inescapable dreams and nightmares. It certainly feels like that on repeated listens; it’s not an album that leaves a warm and fuzzy glow, more an element of discomfort and an uncomfortable yet unfocused level of concern. Enter ‘A Silent Nihility’ and I defy you to leave without a shudder or two in the bones!

The finale to this solid release is ‘As Dreams Decay’, which is the longest song on the record and bristles with evil malevolence that spreads with brooding menace. Its doom filled riffs challenge the cerebral matter after the earlier tracks batter and pound, and the unexpected change in tempo and mood temporarily lifts the darkness before descending to a more conventional, muscular conclusion. It is a fitting end to the album.

‘Through Deepest Fears and Darkest Minds’ has moved Phobetor a huge step forward from ‘When Life Falls Silent’. It’s an album that rightly helps brings another bizarre and at times depressing year to a close yet threads a shaft of light and highlights that in the UK, there are plenty of bands who still have the desire and energy to produce quality music.