There's only one way to describe a Raging Speedhorn show... CARNAGE! But we mean that in a very good way, and since this is our fifth Speedhorn show of the year it's safe to say we at The Razor's Edge love the carnage!

To round out the year the band are going out on a short three date run of the UK, kicking off tonight in Stafford before heading down to London and then the ultimate Christmas party in Bolton on Saturday. Tonight's venue is Redrum, a room above a pub in the city centre, an intimate setting and perfect for the onslaught that is about to hit us fans.

Opening the evening are Shropshire based duo This Summit Fever. Having heard good things about this pairing I was keen to see them live finally and they didn't disappoint. Led by vocalist/guitarist Andy Blackmore and drummer Jim Mcsorley the music is heavy, but expansive. As the room watches/listens on they produce a fine set of almost progressive heavy music, think Boss Keloid but not quite as experimental. It's catchy yet captivating and just left me wanting more. 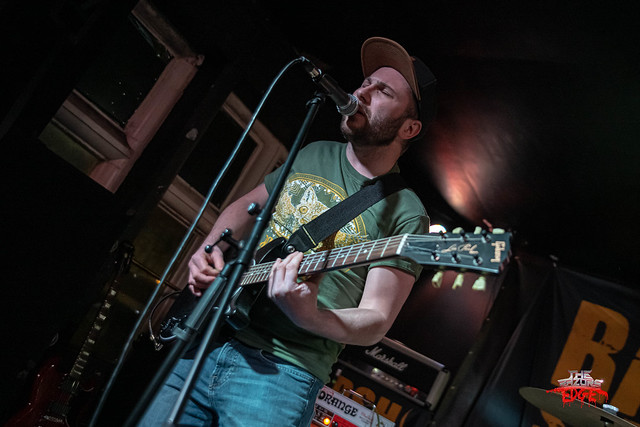 Rising out of the ashes of Those Snakes, Kill The Witch launched themselves onto the scene tonight, a new entity, with new music, but still the same heavy beast! These guys are an out and out sludge laden beast and for forty odd minutes they show it. The walls of this iconic venue shaken to rubble from the intense weight of the musical onslaught. You like HEAVY? Check out Kill The Witch! 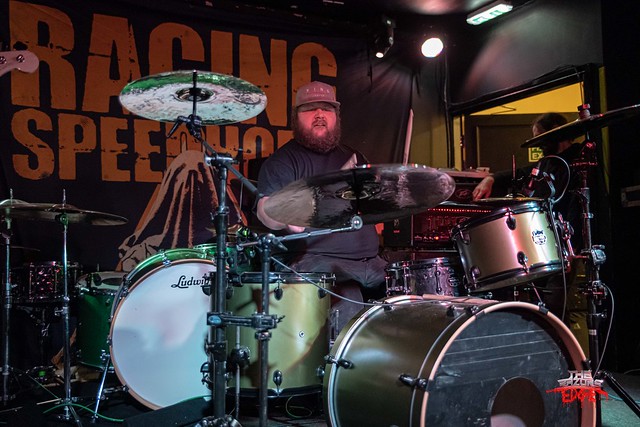 And thus Raging Speedhorn are set to round out the year in style with this short run of shows. Having last seen them destroy Damnation Festival playing their debut album in full just a few weeks ago, tonight normal service resumes with a full, modern Speedhorn set.

Opening with 'Redweed' and keeping it old school to start they quickly shift up a few gears and into 'Hard to Kill' from their latest album. The intimate venue is packed and the crowd are going mental, from front to back, side to side, this shit just got real! 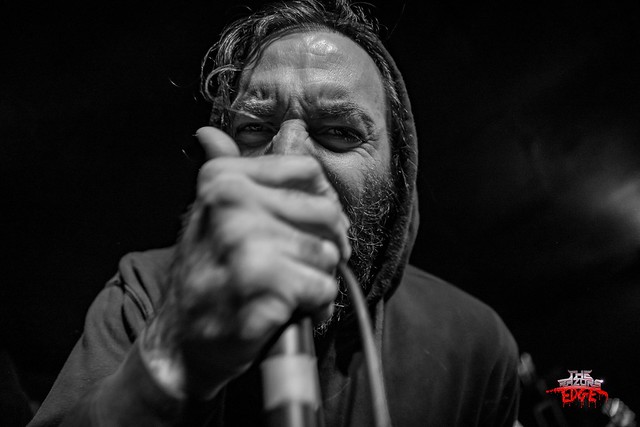 Jim, who no one can describe as sober this evening, is off into the crowd at every opportunity, loving his life with a smile on his face. Frank and Dan are in your face, their growls echo hauntingly though your ears. The set, as ever, mixes the old with the new 'Snakebite' meets 'Dungeon Whippet' head on as Speedhorn prove yet again their material in timeless.

For an hour and a half Speedhorn destroy this venue in Stafford, the fans and band are rabid, feeding and bouncing off each other in a melee of rage, agnst and the love of angry heavy music.

Only one word can describe a Raging Speedhorn show... CARNAGE. Tonight in Stafford CARNAGE was in abundance! 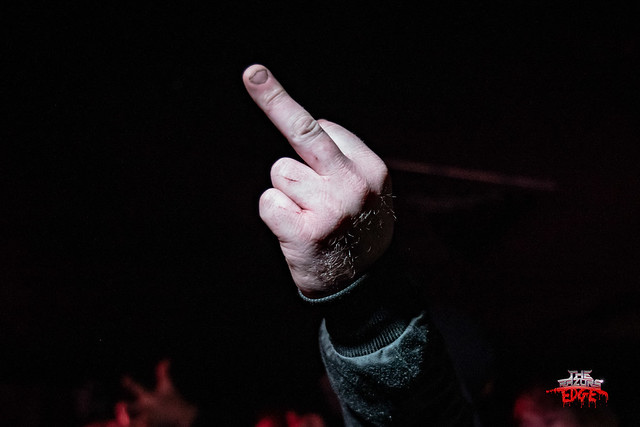 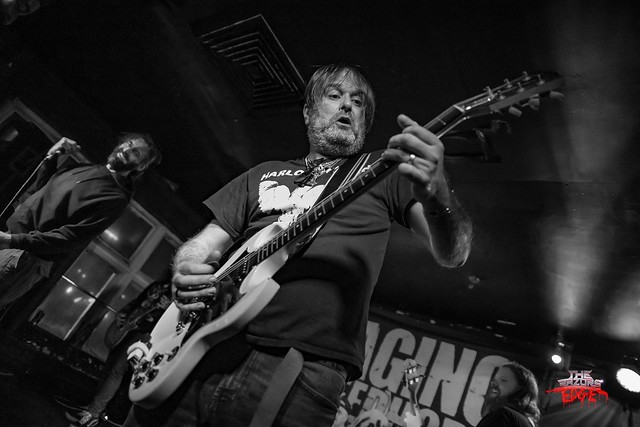 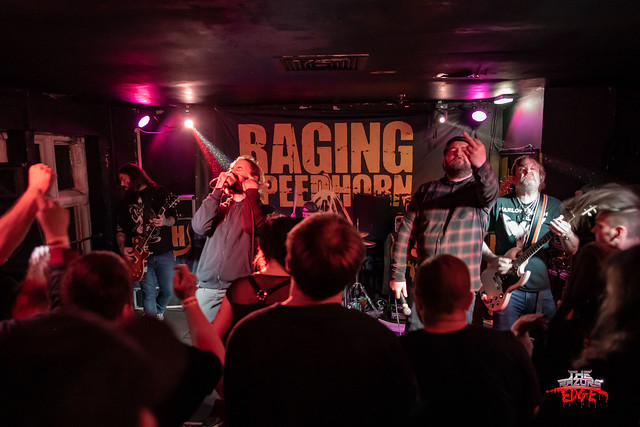 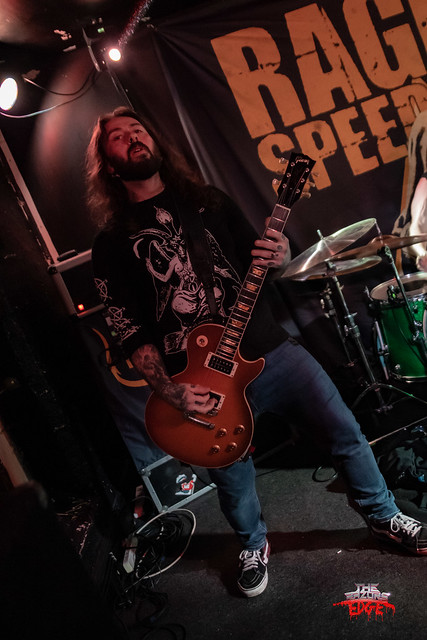 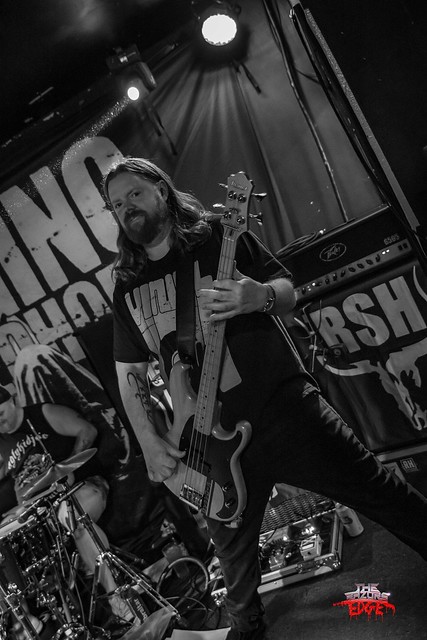 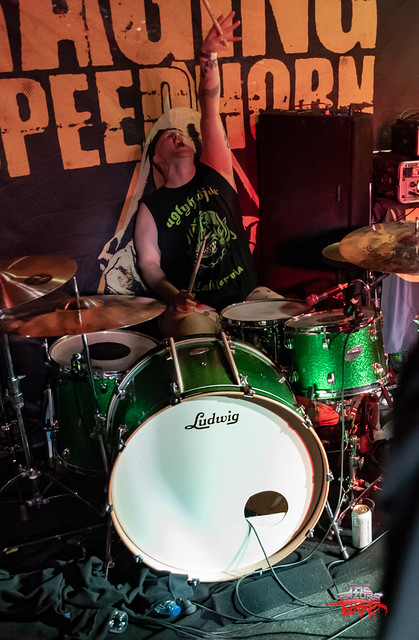