Big Scenic Nowhere features Bob Baulch (Fu Manchu) alongside drummer Bill Stinson, Gary Arce on guitar (both also from Yawning Man) and Tony Reed (Mos Generator) on bass and vocals. Formed in 2019, the band play a relaxed and mellow vibe of Californian desert rock that has already seen them release a full-length and two E.P.s in 2020. The latest E.P., ‘The Long Marrow’, is part of a series of recordings from 2019 when the band undertook a three-day jam session. Part of that emerged as 2020’s ‘Lavender Blues’ whilst the remainder now forms the body of work known as ‘The Long Marrow’.

Comprising four shorter songs and one epic closing track, Big Scenic Nowhere’s delivery is organically pleasing. The music flows with a fluid style, Reed’s vocals are warm and rich, whilst the band’s interplay provides ample opportunity for them to demonstrate their ability. Having added improvisation to their basic structures, the songs simply breeze along. ‘’Defector (of future days)’ is a semi-trippy jam which pleases on all levels. Similar feelings are emoted on the three other tracks, the semi-grunge flavoured ‘Murder Klipp’, ‘lavender Bleu’ and ‘Le Dű’. 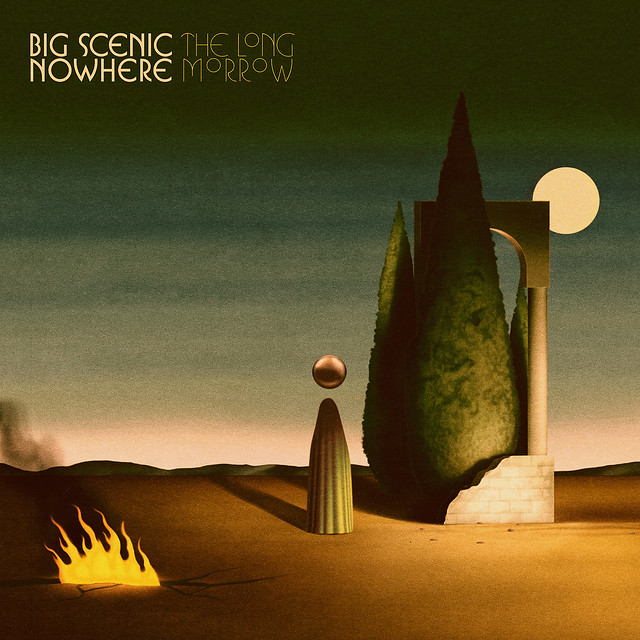 It’s the title track that takes all the attention here though. With Reeves Gabrels (The Cure/ David Bowie) and Per Wiberg (Opeth/Spiritual Beggars) adding guitar and synths, the 20-minute work out transports the listener through a Floydian opening section before moving into a stunning free-form jam which sees Big Scenic Nowhere let loose with a groove and panache that demands you sit back and enjoy.

With a sweet mix and production, Big Scenic Nowhere have released a recording that is a joy to absorb. Certainly, one for those with a taste for classy stoner rock.