In honour of both the thirtieth anniversary of the formation of the band - and a celebration of the winter solstice - the veterans of the infamous Norwegian Black Metal scene decamp to a warehouse space with fellow countrymen and exponents of the progressive arts, Shaman Elephant.

Although emerging from the scene, Enslaved followed a very different path than their more illustrious contemporaries and over the course of twenty-eight years, fifteen albums and three (or four, depending on how you look at The Sleeping Gods and Thorn) EPs, have striven to move their sound forward with every release.

The early Black Metal sound gave way to a folk-infusion before coalescing in the mid-noughties with the double-whammy of Isa and Ruun, where the progressive elements and the love of Pink Floyd and Rush bubbled to the surface and Enslaved broke through into the mainstream. Since that time they have consistently released records of the highest quality that have expanded their sound and pushed musical boundaries.

Enslaved and Shaman Elephant set themselves up within the studio space as though beside a mirror, with every musician having their own counterpart. Dual drums, keyboards and bass, along with three guitars and general electronic jiggery-pokery give the already immersive music even greater depth and colour.

Such is the breadth of the performance tonight that Enslaved kick the evening off with Ruun II – The Epitaph, the first of two tracks from the recent EP, Caravans to the Outer World, using the song’s acoustic introduction and windswept ambience to create a vibe that lifts the band out of the faceless and sterile environment, into one rich in classical folk history. Later in the set the EP’s title track incorporates a more traditionally Scandinavian Black drum pattern, giving Ice Dale the opportunity to shred his heart out. Even when the band are at their most ferocious, they blend in disparate elements like the jazz-infused opening or the ever-present acoustic sound that seems to haunt the proceedings. 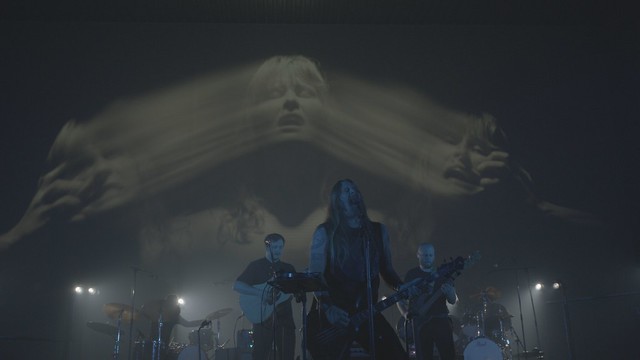 Throughout the show there is this constant conflict between the elemental and the secondary forces; for all Bounded by Allegiance or Sequence represent the more vicious aspects of the Enslaved sound, both are steeped in introspective and meditative moments which serve to amplify the intensity of the tracks.

It is when the band revisit their earlier periods: Havenless from 2003’s Below the Lights and Slaget I Skogen Bortenfor from the Hordanes Land debut EP, split with Emperor from a decade earlier, that the traditional elements are allowed to fully stretch their timeless limbs. The former is built around an almost religious chant, while the latter washes the song with haunting keyboards and massive slabs of symphonic progressive Black Metal that harkens back to a time when the Norse gods walked the frozen Scandinavian landscape.

To further cement the varied nature of the performance Enslaved unveil a rare appearance of their Röyksopp cover, What Else is There? Utterly shattering the folk/ Black Metal nature of the evening with a Dark Metal, Neo-Gothic rendition of the Norwegian duo’s electro pop track against a backdrop of projected images of the carnage of the First World War.

Between songs there are short interviews with Enslaved key players: Gruntle and Ivar, who delve into the band’s past, their place in the group and what drives them as musicians. Although not having the same presence in the history of Enslaved a conversation with Arve Isdal reveals he started out as a drummer and, but for his dad introducing him to the guitar, he could have been lost from music from an early age.

The set closes out with Hiindsiight, played slow and plodding yet somehow upbeat. Beneath back projections of psychedelia, the song takes on something of an otherworldly and ethereal quality that is not a million miles away from Type O Negative at times.

Such is the quality of the musicianship from both Enslaved and Shaman Elephant that each element locks in perfectly. When isolated, the drums are as one, with each hit being pin-point accurate and utterly in synch with its companion.

Time and again Enslaved prove they are one of the most consistently interesting bands out there and have been for the better part of thirty years. Their mission to never repeat themselves and always be striving for new levels of creativity shines through in every record they make and every show they play.

Naturally - the bleak midwinter notwithstanding – a hometown show in Bergen was going to be a bit special and, as ever, Enslaved did not disappoint. 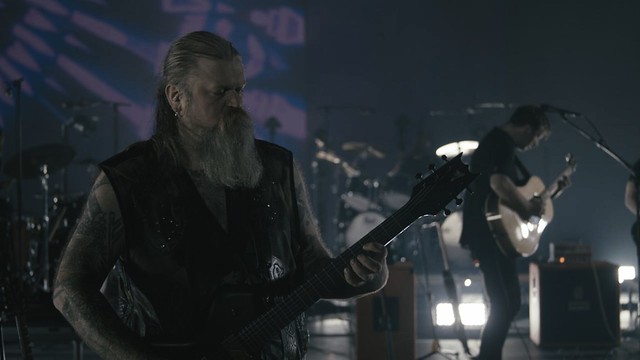