Originally released in 2021, While She Sleeps’ fifth album – and the record which has seen them leap into the big leagues – Sleeps Society is being reimagined, reissued is and now bolstered to sixteen-tracks. Rather than just tack-on some bonus content, this Special Edition sees new material inserted into the running order.

The industrial Systematic, now featuring Enter Shakari’s Rou Reynolds and the Radio 1 bothering single, Nervous, are now separated by Eye to Eye, a multi-layered composition built around a skipping drum beat and a driving guitar. Ready to be released as the band’s new single, Eye to Eye will be accompanied by a cinematic promo clip, conceptualised and directed by the band themselves. The song also includes a myriad of voices, assisting Lawrence Taylor’s vocals, and these were provided by members of the Sleep Society, either amid the hundred-plus throng present at the recording or having sent their contribution from afar.

Of the three other newbies, both The Enemy is the Inner Me and Faker’s Plague mix pounding, heavy bass and guitar with passages of slow, light keys and both are constructed around devastatingly hook-laden riffs. The latter busies itself with being fast paced and driving until, seemingly from nowhere, the song falls into being an ambient acoustic exercise in electronica. 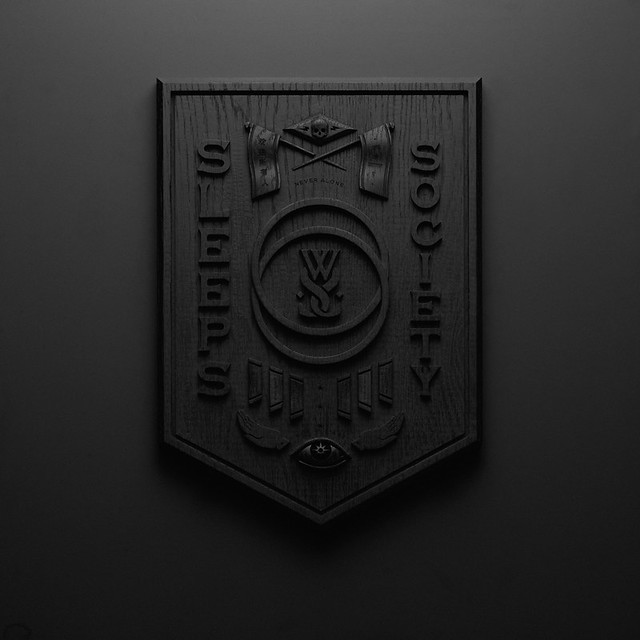 As jarring as that is, it in no way prepares you for The Long Way Home, which picks up the ambient baton and runs with it, forming a dis-jarring and dissonant progression; there’s the fleeting feeling of Marvin and the Chipmonks adding backing vocals at times before the whole thing transforms into some smooth jazz.

You are All I Need is re-presented as an acoustic number – an extended run-time lets the ferocity of the original be revised into a neo-Zeppelin III version, the barking vocals replaced by a more mature performance, adding a poignance to the song as individual notes fall like raindrops.

While She Sleeps could very easily have popped half the Bloodstock show into this disc as Bonus Features and got away with it. Instead, the band have paid a great deal of attention to the balance of Sleeps Society, tinkering only where they believe improvements would benefit the over all presentation. As such, this Special Edition is far more The Abyss than The Godfather Coda.

With the coming year looking to see the band secure themselves as a major player in the UK scene, and with summer festival appearances across the continent before the autumn tour with Parkway Drive, this new presentation of Sleeps Society manages eschew the cynical cash-grab label and, instead be a vital addition to any While She Sleeps fan’s library. Heck, a vital addition to the library of any fan of interesting, heavy music.