EP Review: Of Our Design - The Worst of Me
Reviewed by Ryan Calstein

When you think of Essex you never really think about music coming from there. If anything you usually think about that god awful ‘reality’ show. But we’re not here to talk about that today. Today we’re talking about the noise that’s resonating from the underground of Essex and how it’s about to break through the earth and take the UK by storm. We’re talking about Of Our Design, who drop their new EP 'The Worst Of Me'. We’ve already had two singles drop from the EP so we’ve had a taster, but how does this EP fair up against their previous material? Better than previous outputs? Previous album 'Utopia' is not a bad album, it’s a great album, it’s just that 'The Worst Of Me' is better in terms of the band finding their noise and their feet.

EP opener 'The Void In Me' starts with an electromagnetic pulsing sound as the band breaks through with vocalist George Ranger showcasing his cleans and even a peak at his growls. The song then goes, not to a halt, but it slows down and not to the tempo you’d expect. But then the band burst back to life as guitarists Kieran Mcloughlin-Spink & Hayden Rivers combine their gruff guitar tones along with the booming bass of Oli Bignold to create a heavy sound to shake you to your core. 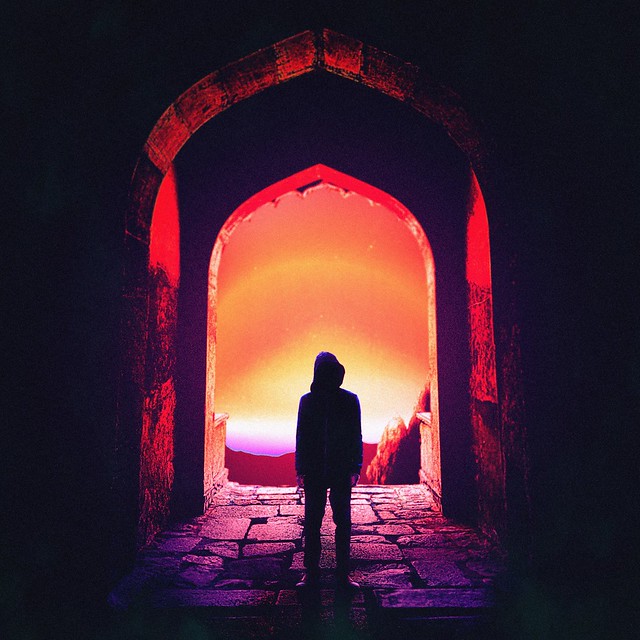 'Misery' is a continuation of 'The Void In Me' and while it starts a bit soft and slow it soon busts into the heavy sound they’re known for with drummer Anthony Johns showing his talents off as he’s not short on drum fills or beatdowns on this song. 'Speak In Colour' launches straight into the battlefield with the gutturals of Ranger being prominent on this song while blending with his cleans to show off his vocal range and how fast he can transition.

'Lament' and 'Jaded' sound like two different songs from two different bands altogether. Thats not to say they’re bad songs, they’re absolutely not. 'Lament' is a peaceful atmospheric trip through the bands mind. While 'Jaded' on the other hand is a clean transition to a straight up pounding effort designed to make you headbang to the fullest extent with both Ranger and Johns showing their full efforts with both bouncing off each other.

Then comes the last song, and latest single, 'Wonderland'. With it’s Electro-Core intro and soaring chorus work by Rangers and even the whole band on their best work on the record it’s a terrific way to close the EP on such a high note. The EP itself is a showcase of how one of the UK’s most underground bands are going to burst into the spotlight and show the masses what they can do.

If there’s one band you need to listen to this year, it needs to be Of Our Design.