Buckley? Where the hell is that? Exactly!

We’re back in the run down Welsh border town of Buckley, not far from Chester, and the least likely stop on a tour of Brazilian thrash metal giants Sepultura. Following on from their Download performance the band booked a series of intimate shows at little know venues across the UK before they head to mainland Europe, and on this sunny Welsh evening, it is Buckleys turn to host the band.

The Tivoli is a run down old cinema, haunted if you believe Derek Acorah and the Most Haunted TV series. The building itself has all the makings of a great venue, a big auditorium for the fans, a great spacious stage, and plenty of room for the all important bar. But sadly the facilities in the venue let it down and all three bands tonight struggle with their sound, not any of their fault, but something for the venue to work upon if they are to host such big acts again.

Facilities aside, we’re here for the music, and we get slapped around the face hard early doors as Britain’s newest thrash/hardcore crossover act Cage Fight take to the stage. The brainchild of Tesseract’s James Monteith (guitars) the band put together one of the leading albums of 2022 and for the first time tonight we get to check them out live.

There is an old school hardcore feel about the bands sound, layered with inspiration from the likes of Stampin’ Ground, Cage Fight bring their brutality to the stage. Pummelling guitars break through the venues dodgy PA system, overpowering the crowd with body blow after body blow. Rachel's vocals come to the fore in the live arean, hard hitting and in your face. The diminutive figure breaking the mould to lead this band forwards. Whilst the sound did hinder the full force of the band, it was a great introduction, and with Uprising Festival just two weeks away we are sure they will blow us away once more. 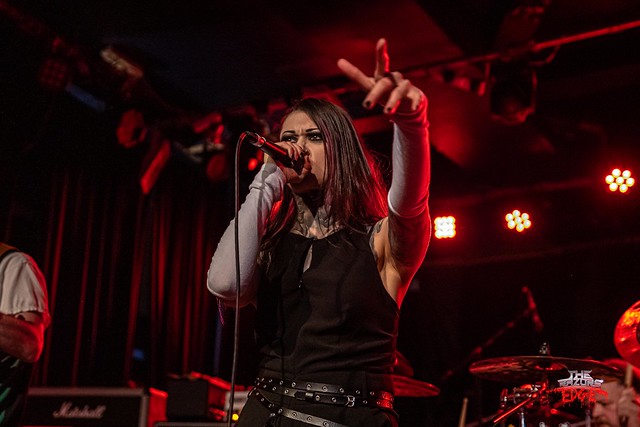 Next up are Corby legends Raging Speedhorn, who need little introduction. As the opening riff to ‘Motorhead’ kicks in and Frank roars it all kicks off. It's not your usual rowdy Speedhorn pit, but it’s as good as Buckley can offer. The band have carved out their own niche in the UK scene, their fans devout, their passion – just as the bands – unwavering. ‘Redweed’, ‘Hand of God’ and ‘Voodoo Man’ all get an airing and who can resist a chance to shout “Fuck the voodoo man" in unison.

Through the dualling guitars of Dave and Jim, the backline of Gordon and Andy and the towering vocal duo of Frank and Dan the band dominate. Despite the shit PA there is no doubting the bands ferocity. “This is a song about getting stabbed in the woods” Frank calls as the band lay waste to classic ‘Knives and Faces’ leading into modern day beast ‘Doom Machine’.

Closing out with ‘Brutality’ has become the staple of the Speedhorn set these days, as has Dan singing from the rafters atop the PA stack. Another Speedhorn show down, another town demolished. We’ll be seeing these boys again at Uprising in a couple of weeks too! 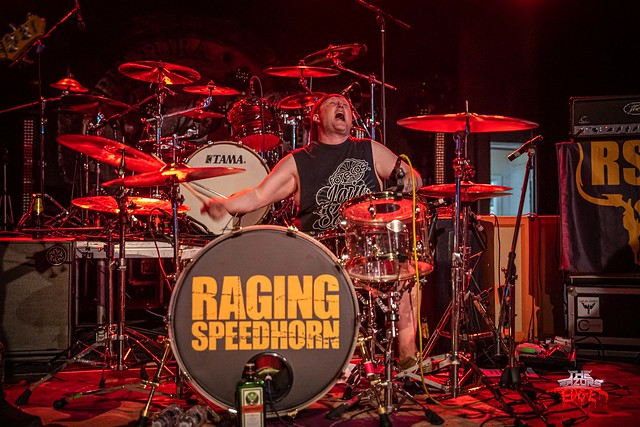 The stage is cleared and Sepultura’s set appears, a big drum riser, huge light displays, this is probably the biggest production the Tivoli has ever seen. As Titãs' ‘Policia’ echos through the PA, the fans sing along, the arrival of Sepultura is imminent.

Kicking off their set with ‘Arise’ and ‘Territory’ is the best way to get the hearts of those old school Sepultura fans warm. The packed Tivoli lapping up the love Sepultura is giving them with a nod to the old school. This is swiftly followed by ‘Means to An End’ taken from the bands critically acclaimed ‘Quadra’ album and accepted by the fans just as the old material is.

Derrick Green a towering figure on stage has the perfect vocals to match that Sepultura sound, but it’s the axe work of Andreas Kisser that leaves us mesmerised. ‘Propaganda’, ‘Cut Throat, ‘Corrupted’ and ‘Guardians of Earth’ all get an airing, putting the bands aggression and anger at the forefront of their performance, the bands newer material standing up with pride along side the classic songs.

As we near the end the energy builds and the old school fans get what they came for with ‘Slave New World’ and ‘ Refuse/Resist’ leading us into the encore. The band close off the evening with a ‘Roots’ double header, ‘Ratamahatta’ leads us into ‘Roots Bloody Roots’. The band once again prove they are just as good today as they ever were. 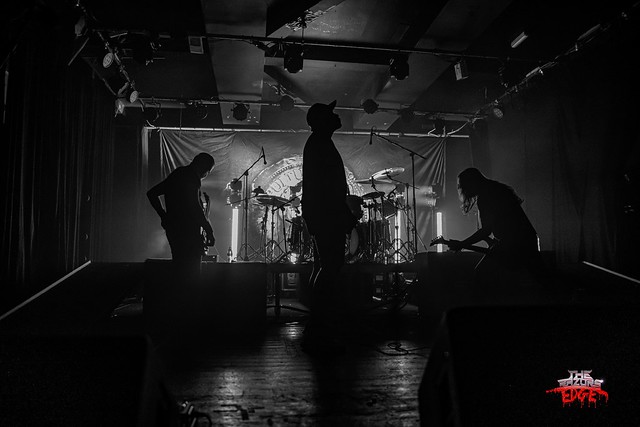 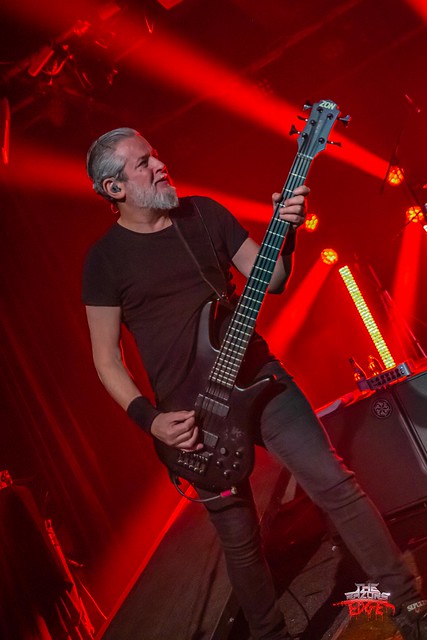 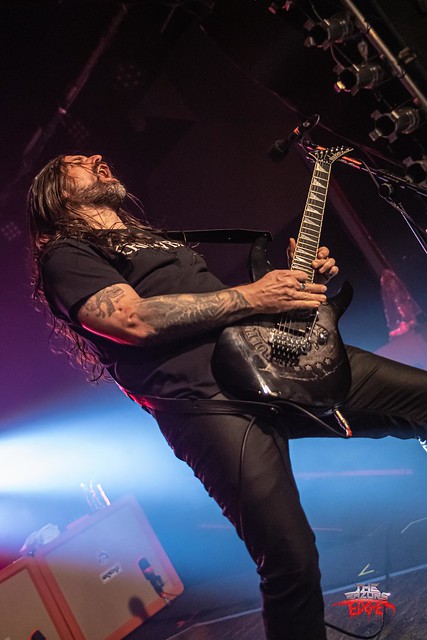 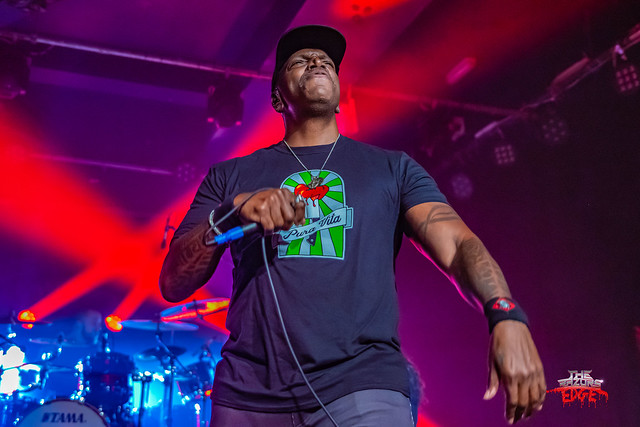