Tonic Breed have been an entity since 2006. Their latest EP, Fuel the Fire has been boiled down to one Norwegian man, Patrik K. The EP gives us four tracks that are very unique from one another, that softens and becomes smoother as the recording plays out. The ball park sound would be late to mid-90’s Headbangers Ball. The old guard are the leading force and are shifting units and selling tickets, but in the underground and opening festivals other bands are starting to mix different sounds with heavy guitar. Fuel the Fire feeds off that underground sound before it surpassed the established bands of the day.

The title track opens the EP, heavy and thrashy. Four riffs welded together that investigate the heavy sound with four different styles, Mid-tempo then groovy then some blast beats before going melodic and introspective. It breaks down to nothing smack bang in the middle of the song and then, it does it all again. All the while Tom Araya croons over the top like a rework of Seasons in the Abyss, with (and this reoccurs over these four songs) some spoken word “singing”. 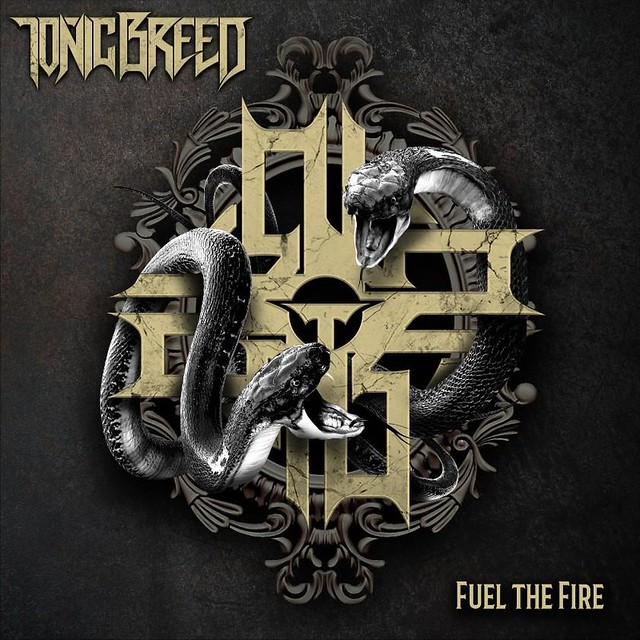 The project turns slightly smoother with 'No Rocks On Scotch' Plenty of spoken words on this number with a big chorus. A swing like middle part breaks the song up.

Smoother still is 'H.E. Antagonist'. Very clean vocals and very clean music. The closer is 'Blood Moon' An ear worm of a chorus and guitar lick that sounds like a beefed up The Rasmus.

You're done in under fifteen minutes which was long enough for me. Its songs are small, stand-alone statements which I admire. They each have a personality and identity and you can tell when one track finishes and another starts. The 90’s live long and cast a big shadow, Tonic Breed could well emerge and be in the right place at the right time if Stranger Things season 5 is set in 1990.