Amaurot sit very much in the gothic/doom camp, with their songs generally played at a funeral pace. Svensson’s keyboards are a vital element to the band’s sound, sweeping symphonies run throughout the tracks, adding textured layers that give the songs depth and gravity. Reiger is comfortable with clean vocals, background choral sections and ferociously demonic growls, which she uses impressively on the opening song ‘Aether Child’.

The songs are dark, mournful, and melancholic. Huge riffs loom out of the black, crushingly heavy. ‘Gone Forever’ switches between ethereal passages and venomous doom, ushering in a bleakness that leaves the listener shivering. It ebbs and flows, with an Iommi-like solo played by Sean Vukovi bursting out of the darkness towards the end.

Although the band’s influences are evident – think Draconian, Candlemass and early Within Temptation, there is a timeless feel to the album. There’s a little too much reliance on the growling vocals, to the detriment of Rieger’s cleans which are the better of the two styles, but you can see why they are used, providing an interesting if slightly repetitive contrast. 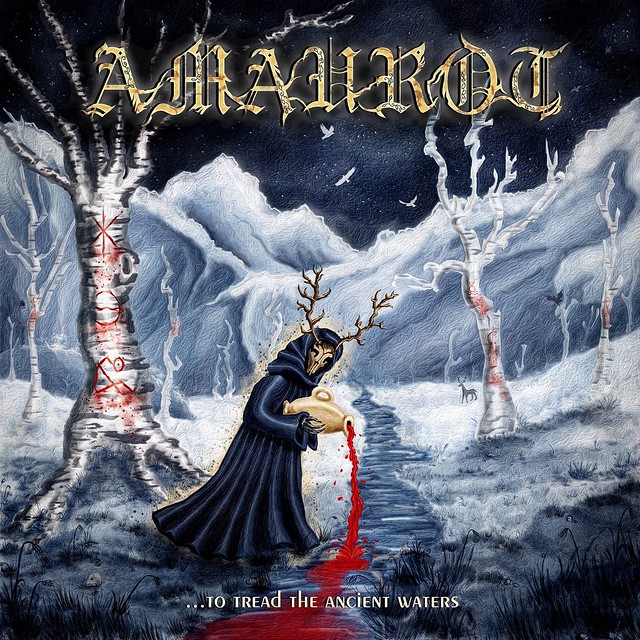 My only real criticism is that the songs are a little too repetitive in format. Whilst the musicianship is creative, intricate, and atmospheric, the structure could do with a little variation or change of tempo. Yes, I’m aware that doom is meant to be slow but over halfway in and the album was just a little monotonous.

However, my pleas were answered toward the last third of the album, with the introduction of a couple of guest vocalists. ‘Starless Sky’ sees Marcus Rosenkvist and Rogga Johansson add their voices, and the tempo is upped to great effect. The combination of several different styles and the increase in pace bringing a welcome change, with the track flipping between crushing doom and semi-melodic death metal. It works well, bringing an urgency which is absent in the earlier tracks.

The album ends with the two longest songs. The title track returns to the grand, sweeping soundscapes, sees Johansson return for his second guest vocal appearance, adding his sinister growls as a foil to Rieger’s operatic cleans. ‘Phoenician Ashes’ brings the album to a spectacular close, a gargantuan and dramatic finale that is spread over eight minutes with narration, growls, punishing double bass kicking and soaring choral effects. It’s quite the conclusion to an album that is both stunningly good at times and yet frustratingly challenging in equal measure. If you like your doom to be crafted and creative, then you’ll no doubt enjoy it. A little more variation would have made it an even more interesting album.