Vicious Rumors is a name that the majority of metal fans should at least be aware of, even if they haven’t actually heard them. Hailing from California Bay Area in San Francisco, and originally formed in 1979, by guitarist, and ever-present Geoff Thorpe, Vicious Rumors are a band that are mostly classed as power metal, yet they have elements that also appeal to aficionados of thrash, speed, and classic metal. Following the release of their first two albums, ‘Soldiers of the Night’ (’85) and ‘Digital Dictator’ (88), it's easy to see why their brand of melodic, with a hard edge, style of metal, got them signed to a major record label, as did many similar acts of the time.

This boxset, fairly obviously, spans the three releases from that period, ‘The Atlantic Years’ 1990 to 1992, and comprises two studio albums and a live album. First up is 1990’s self-titled, which gets off to a fine start with the crunchy 'Don’t Wait for Me', which continues right from where Digital Dictator left off, with a fast in your face speed metal classic. With the second track however, the melodic, slower tempo 'World Church', Vicious Rumors show a different string to their bow, with much simpler riffing and more of an emphasis on the vocals. From there on in it’s a bit of a patchwork of ideas, 'On the Edge!', 'Hellraiser', and 'Thrill of the Hunt' continue the heavier, more aggressive approach of the first two albums, while 'Ship of Fools', 'Can you Hear it', 'Down to the Temple', and 'Axe and Smash' (the later might have been better left on the cutting room floor) are all more mid paced and overtly melodic and simplistic, almost like a mid-era Queensrÿche. I appreciate that the band was flexing its songwriting muscles to appeal to a broader fanbase, as per the needs of being on a bigger label, but it leaves the album, while still enjoyable, with a slightly schizophrenic feel, with mixed messages. 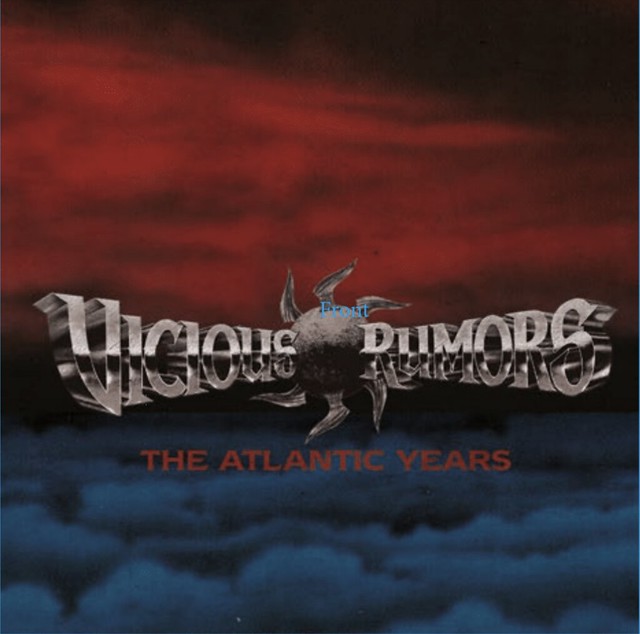 Atlantic album number two, ‘Welcome to the Ball’ saw the band balance the mix of aggression and melody much more effectively than the self-titled and is all the better for it. Not only that, but the overall songwriting seems a little tighter with a better overall focus compared to its predecessor. ‘Abandoned’ opens the show with tight, catchy riffs and a superb vocal performance from Carl Albert (RIP). There’s plenty of heavy, fast, slow, and mid-paced material, with the likes of 'You Only Live Twice', 'Dust to Dust', 'Raise Your Hands' and 'Six Stepsisters' all carrying the baton of power metal high and proud, and even the slower, more emotional numbers 'Children' and 'When Love Comes Down' are still very powerful and fit in with the album aesthetics. This is the most consistent and enjoyable disc of the set, and I suspect will get the most play rotation.

The third disc offering is a bit of an odd one, but it does complete the releases under Atlantic, it’s a live album but only consists of 8 tracks, the tracklist spans the first four studio releases, although the first two albums, only get a track each, while the self-titled and ‘Welcome to the Ball’ get three apiece. The track choice is a bit of a mixed bag as well, while there’s no denying that choosing the belting 'March or Die' from the debut or the equally blistering 'Saviour from Anger' were definitely the correct selections, an eleven-minute extended version of 'Lady Took a Chance' with its middle drum solo, and guitar solos, was a bit self-indulgent to say the least. Still the whole release captures a good energy and chemistry between the band and audience, whilst remaining the least significant of the three discs presented.

Wrapping it up, if you’re already a Vicious Rumors fan, and haven’t got these releases on CD, this a great little purchase, and if you’ve yet to get on the Vicious Rumors bandwagon, and you like similar artists such as Metal Church, Armored Saint and even Anthrax, then this three-cd set is a great place to start your education.