As sure as night follows day – or that Iron Maiden close their sets with their titular song – so Skid Row end the evening’s entertainment with that boisterous anthem of young rebellion: Youth Gone Wild. At the age of eighteen, it’s a call to arms; a manifesto proving that the Man has a fight on his hands if he thinks he’s gonna hold me down. At fifty-two, with a mortgage, a marriage and a long list of prescription drugs, it becomes a lament of what could have been.

In many ways you could consider that a microcosm of Skid Row’s career. There was a band with the world at their feet; massive tours, a couple of era-defining records and critical praise from media and fans alike. Then changes in the music scene and internal wranglings meant the third album syndrome, usually launching those blessed with its Midas touch to greater things, brought Skid Row low when Subhuman Race failed to hit the mark.

Sixteen years after the release of Revolutions Per Minute and Skid Row returned with a new line-up and a new album and wasted no time in striking while this iron was hot by getting on the road in support of the very welcome The Gang’s All Here.

With such a celebrated history the question on the majority of the sizable Ritz crowd’s lips tonight will be how well former H.E.AT. singer, Erik Grönwall, would manage to fill Sebastian Bach’s still formidable shoes. 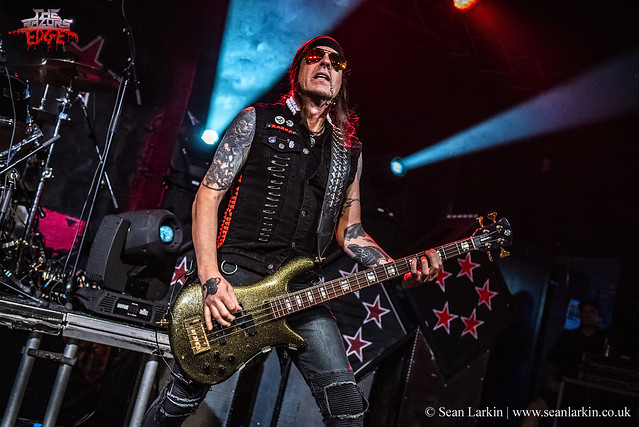 As a band, Skid Row have never been anything but confrontational and, rather than easing Erik in with a newbie, they go straight for the jugular and blast into Slave to the Grind. Early vocal gremlins rob Erik of his power, rendering The Threat a little limp, but the good will of the audience allows time to get the mix sorted and, by Big Guns, he’s firing with both barrels.

There’s a glaring omission though, as Mr Sabo is absent, brought low by the lurgy; but his spot has been filled by his guitar tech who’s had about three hours to learn the whole show. Erik’s leather jacket is shed and phones are held aloft for 18 and Life, with the crowd alternating between the tragic story of Ricky and calling the singer’s name in a sign of support.

Piece of Me and Living on a Chain Gang continue to demonstrate the band’s choice of new singer is inspired and Rachel takes the microphone for the now obligatory Psycho Therapy. This, and the intro tape of Blitzkrieg Bop cement the idea that Skid Row have at least a foot in the Punk camp. 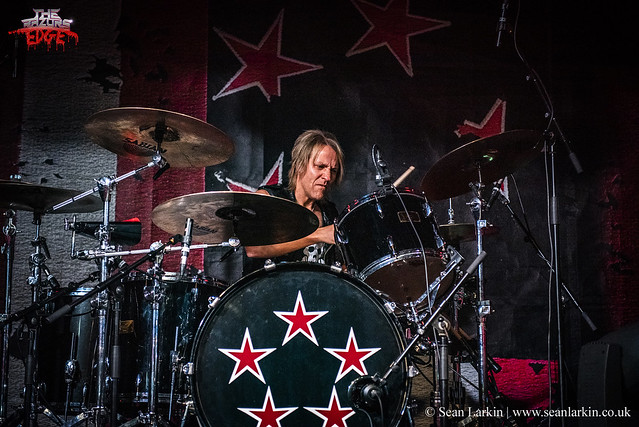 The first new song of the evening comes in the form of the new record’s title track; stomping verses and a singalong chorus show The Gang’s All Here slots perfectly into their history. Riot Act and Tear It Down continue the unremitting stomp, eliciting movement and singing from the crowd – or as much as the general age would allow.

The set closes out with Monkey Business, Casey the Tech leading and Erik orchestrating the audience participation.

The encore is set and an acoustic guitar appears, meaning only one thing: I Remember You. Looking at the response to this song, one wonders how many people here had it at their wedding? Time Bomb’s chorus makes more sense in the live environment, leaving only Youth Gone Wild to close out the night. 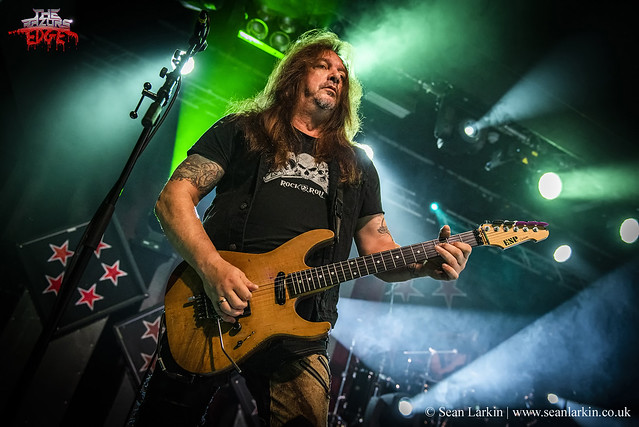 Once the gremlins had been sorted, Erik proved himself to be a worthy successor to the vocalists of the past. At no point in the evening was I wishing for Bach’s return, rather embracing these songs, old and new, like friends. They showed exactly the spirit and attitude of Skid Row of old and the focus on the debut and Slave to the Grind for now was only natural.

I’ve done a few Skid Row centred pieces for Razor’s Edge over the past year or so and they’ve reminded me how good a band they are and how much they’re part of the soundtrack to my youth (gone mild?). There’s clearly a new-found belief in themselves as a unit, with a new album and extensive touring, he’s hoping that this will be a resurgence for the band, and we won’t have to wait quite so long for the next record. 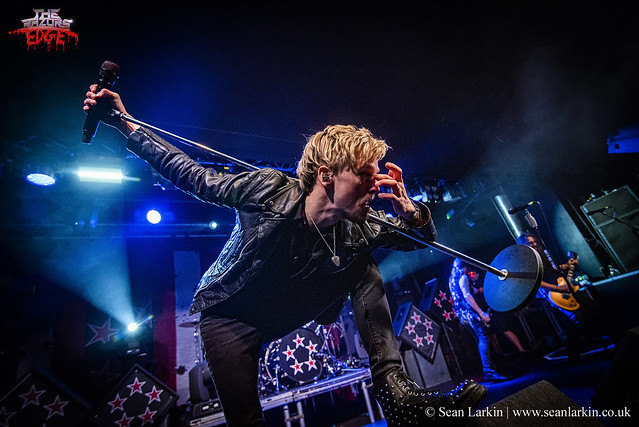 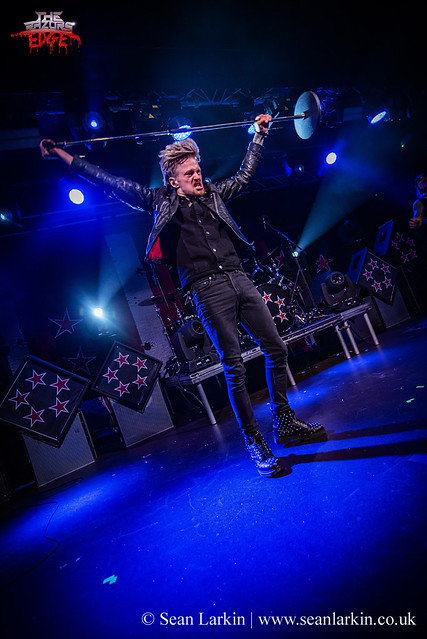 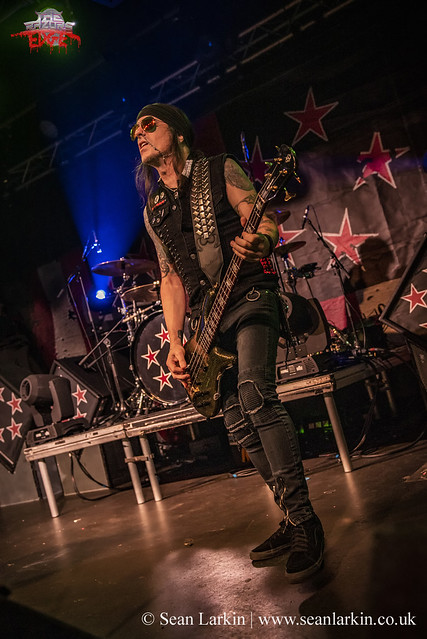 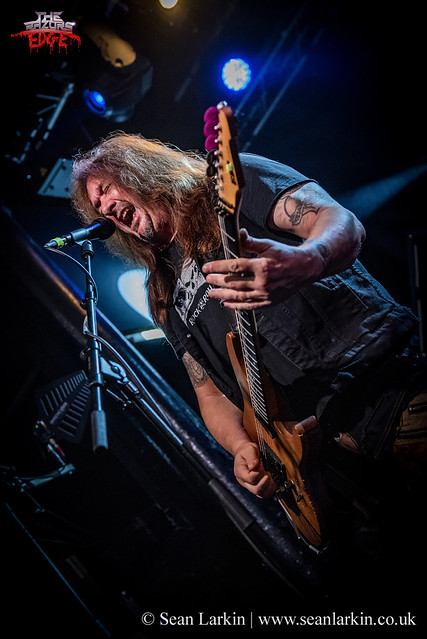 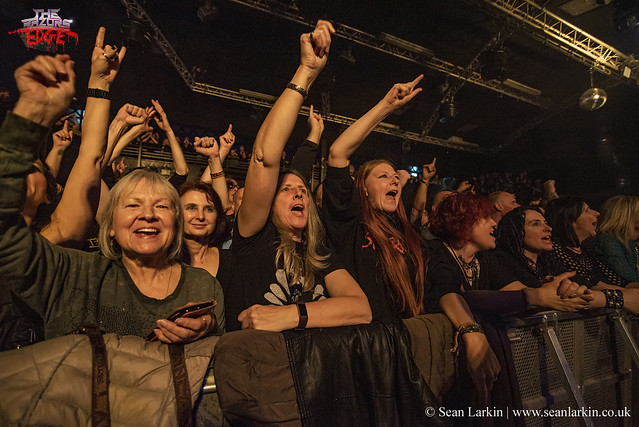