This was an evening of pure British old school heavy metal glory with two highly influential and veteran bands embarking on a UK tour together. With so many years experience under their collective belts this promised to be an evening of pure professionalism, quality musicianship and excellent showmanship - all of which were delivered in spadefuls and lapped up by the seated masses in St David’s Hall in Cardiff.

Opening the show were Stourbridge metal legends Diamond Head. A band that has been a major influence for countless others yet never reached the commercial heights that their influence justifies. This evening we had 45 minutes of sheer fist pumping heavy metal that was hard hitting yet gloriously melodic. The melodic power of the band comes from their powerhouse of a frontman Rasmus Bom Andersen who has such an incredible range and absolutely dominates the stage whilst the riffs and solos were delivered aplenty by founding guitarist Brian Tatler and Andy Abberley.

The band had a nice mix of songs in their 8 song set with material from the 2016 self-titled album and latest album The Coffin Train sitting comfortably alongside songs from Borrowed Time and the legendary debut album Lightning For The Nations (from which a good chunk of the set was unsurprisingly drawn). The band did have their work cut out for them playing to a seated crowd and with a good chunk of them seemingly disinterested and waiting for the headliners to hit the stage especially during the first half of the set with latter day songs such as Bones and The Messenger. The enthusiasm did grow towards the end of the set with classics such as It’s Electric, Helpless and the obligatory Am I Evil gaining the loudest cheers of the set. Despite a tricky crowd Diamond Head played a blinder of a set with bags of energy and enthusiasm and nicely set the scene for what was to follow. 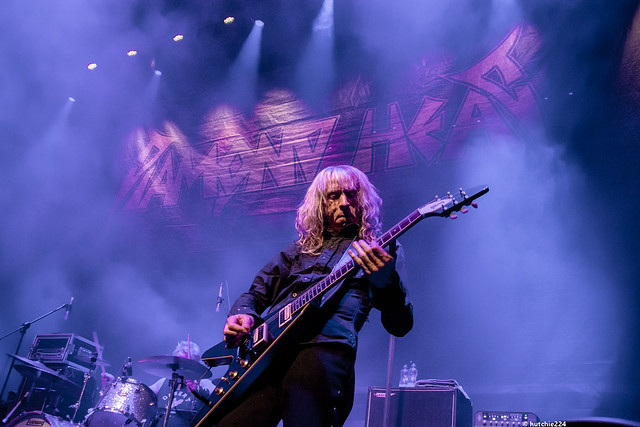 The room had massively filled up by the time Saxon hit the stage and there was a lot more enthusiasm and far louder cheers from the crowd than Diamond Head had managed to gain. The well oiled Saxon machine rolled in onto the stage and delivered a set of pure British heavy fucking metal which was simply a class act from start to finish and the 19 song set simply flew by.

With this being the tour for the album a good chunk of the set was dedicated to this year’s brilliant Carpe Diem album with the title track kicking things off. The new material sounded absolutely killer with fantastic renditions of Age Of Steam, Dambusters and Living On The Limit demanding horns were thrown and heads were banged. We were also treated to a handful of deeper cuts from the lengthy Saxon discography with I’ve Got To Rock (To Stay Alive) from The Inner Sanctum, The Thin Red Line from Unleash The Beast and Metalhead from Metalhead going down a treat with the long term Saxon fans. 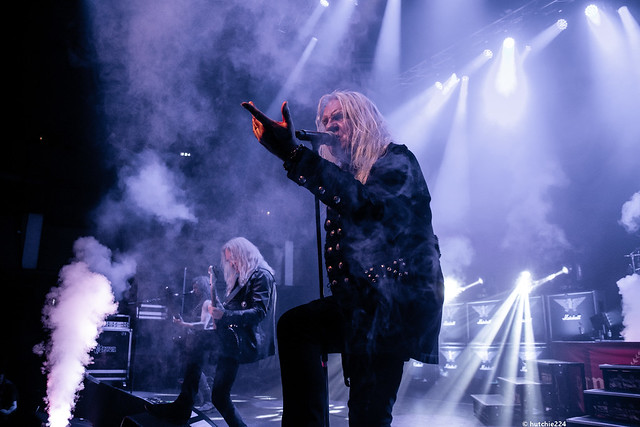 The crowd were also given the opportunity to influence the setlist being offered a choice of The Eagle Has Landed or Broken Heroes. The set was, of course, also filled with all the classics and essentials which you would feel cheated out of if you didn’t hear played at a Saxon show such as Dallas 1 PM, Heavy Metal Thunder, And The Bands Played On and Wheels Of Steel.

The band were tight as hell and playing with boundless enthusiasm with Paul Quinn and Doug Scarratt showing their severe chops on the guitars whilst the drumming from Nigel Glockler threatened to bring the building down. Bassist Nibbs Carter was a ball of energy bouncing around the stage and the main man himself Biff Byford was in fine and entertaining form with claims that the venue reminded him of his front room, shoutouts to the Rhondda valleys and at one point threatening to do a seven night Saxon residency in Cardiff (we will hold you to that Biff!). 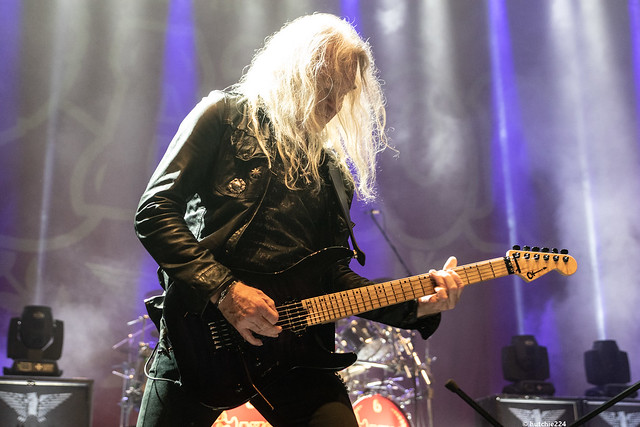 The main set flew by and to polish things off we were treated to a great encore mixing new and old with The Pilgrimage, a medley of Strong Arm Of The Law & Solid Ball Of Rock and 747 (Strangers In The Night) getting big singalongs before the classic duo of Denim And Leather and Princess Of The Night brought things to a highly satisfying finale. The mix was absolutely fantastic with everything having perfect clarity and working perfectly with the great acoustics of the venue but it was also quite a visually satisfying show with an impressive amount of dry ice and lighting adding to the music.

When you go and see veteran bands like Diamond Head and Saxon you know you are in for a great show such is the wealth of experience these bands have having been doing this for several decades. It was a fantastic evening of classic British metal and proof that these veteran bands still have plenty of fire in them and that heavy metal has no age limit. Both Saxon and Diamond Head are must see acts who any self-respecting heavy metal fan should try and see whilst they are still with us. 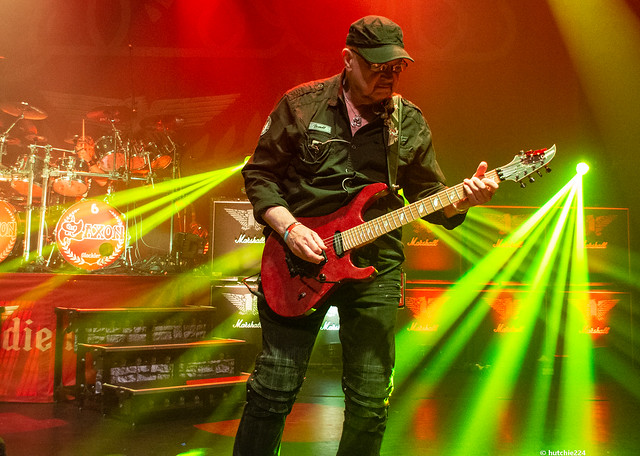