It’s been a bizarre, sometimes bewildering and altogether challenging 12 months. A year ago, almost to the day, a small and subdued crowd stood still, some masked, and tried to enjoy a Christmas show that had a surreal feel to it. A year on, and although the world is incredibly even more chaotic and difficult than we’d have thought possible, we can at least enjoy some of those Christmas traditions that might have felt slightly out of reach not that long ago. An annual party with those cheeky scamps from Fury, one of the best UK metal bands around today, is now one of those traditions and if ever there was a band to blow away those clouds of despair, even if it was for just one night, it’s the Birmingham based outfit. Hosted by Bristol Rock Centre, the evening sees at least two of the centre’s tutors and one of its directors tread the stage. One assumes that several pupils are in the audience as well.

Last year locals Neuromatic hit my radar hard, with a support slot for Green Lung impressing along with their now customary opening set for Fury. It’s clear that world domination isn’t on the band’s agenda, for guitarist Richard Thornton told me that they’d hardly played this year. But music isn’t about that, it’s very much focused on emotions, on passion, and on the styles and sounds that make you feel well, happy, enthused. Neuromatic have that in spades, and in a short 30-minute set make the venue a dreamy, chilled, and smiley place. The set list includes a new track from their forthcoming EP, alongside some older favourites including ‘Drug Squad’ and ‘Alice D’. Singer Kate Norris remains a singer I could listen to for hours, whilst the band are a curious assortment of fashions who simply gel together. The longish workout of ‘Lying in Bed with Cats’ allows the band to flex their progressive and psychedelic muscles, with Thornton’s guitar playing again catching the ear and their now traditional punchy cover of The Open Mind’s ‘Magic Potion’ is the perfect closing song. 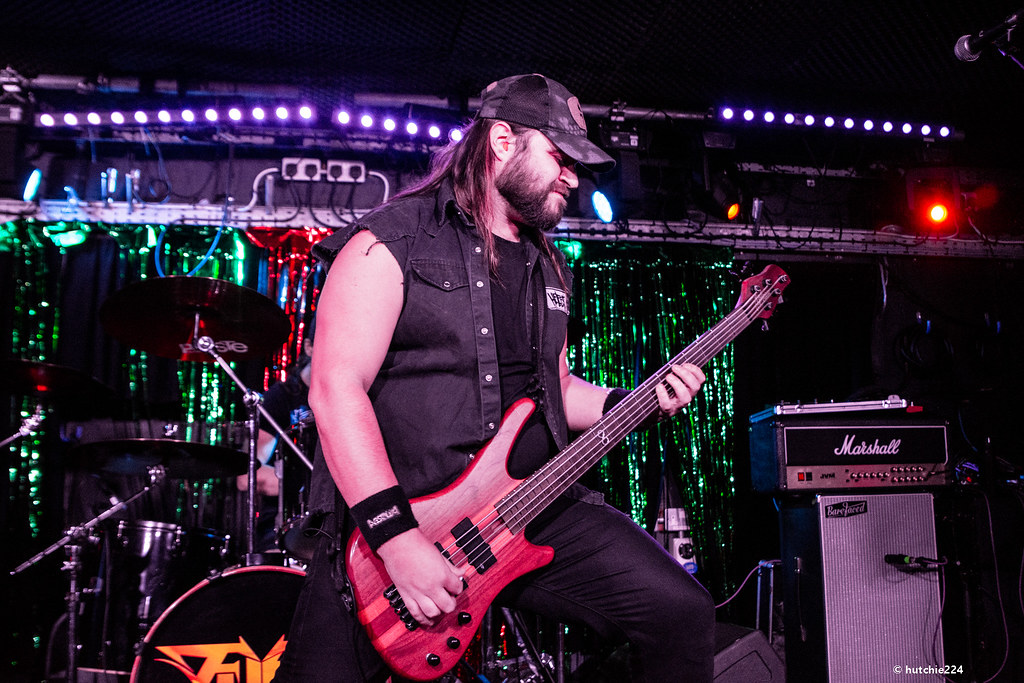 He's one of the hardest working musicians in the industry, and tonight Luke Appleton reveals that he’s finally able to take the opportunity to move forward and become a full-time touring musician, leaving behind his music tutorship at the Bristol Rock Centre. The Absolva and Blaze Bayley man has been a staple on the UK and international scene for many years, and luckily for us, this is the very first opportunity to see Luke Appleton’s Power Trio with Luke alongside drummer Adam Harris and guitarist Rishi Mehta.

It's a stellar set, combining tracks from Luke’s acoustic releases ‘Snake Eyes’ and ‘How Does it Feel to be Alive’ with a raging ‘Rise Against’ by Absolva also included. Luke has a way of writing a metal anthem, and the acoustic versions of ‘Snake Eyes’, ‘Never a Good Day to Die’ and ‘Medusa’ all transfer into the full electric sound with ease and power. We get a preview of ‘Forever Vikings’ from the band’s soon to be recorded new release, and a special guest as Metaprism’s Theresa Smith joins the lads on stage for a thumping version of ‘Wasted Years’ to finish a set which sees the smiles around the room just a little wider. 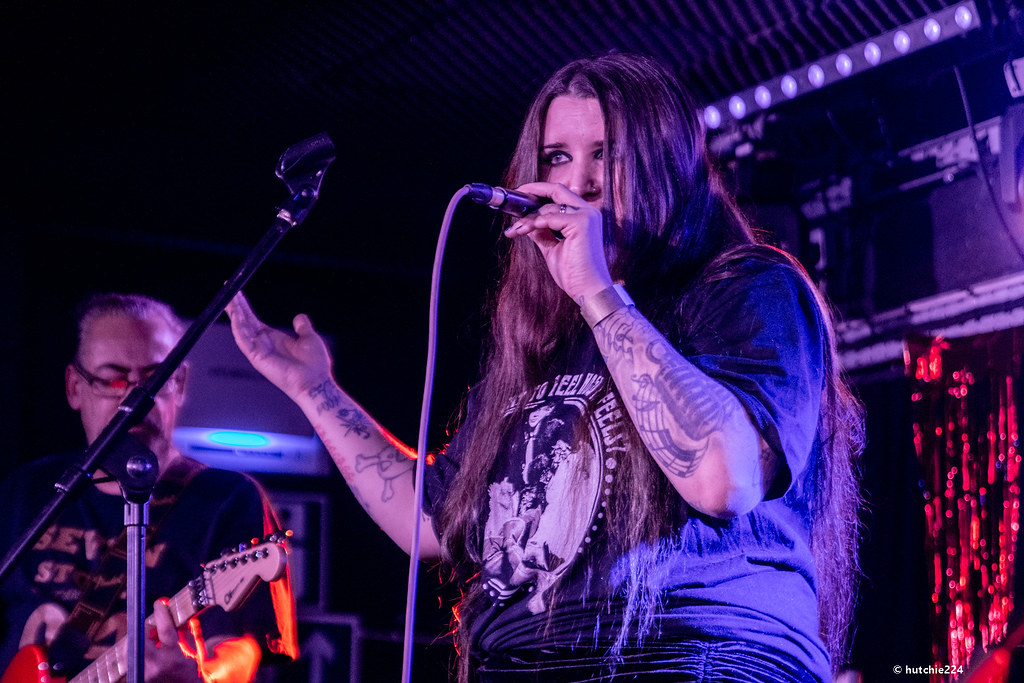 It's been a stunning year for Fury. This was my third viewing of the band since last Christmas, and they just get better and better. With Nyah Ifill now a permanent member of the band (she wasn’t confirmed at the gig last year), Fury in 2022 is a cohesive, professional, and fully engaging machine. But there is nothing automated about them. The very essence of Fury is the element of fun which permeates through every show they play. They are impossible not to watch with a broad smile on the face.

Of course, you need the music as well and 2022’s ‘Born to Sin’ is without doubt the band’s best release so far. It’s not a surprise to see several of the choicest cuts played tonight, with a special outing for ‘Shadows and Dust’, one of the ballads from the album thanks to the guest keyboards of Richard Fox amongst the highlights. 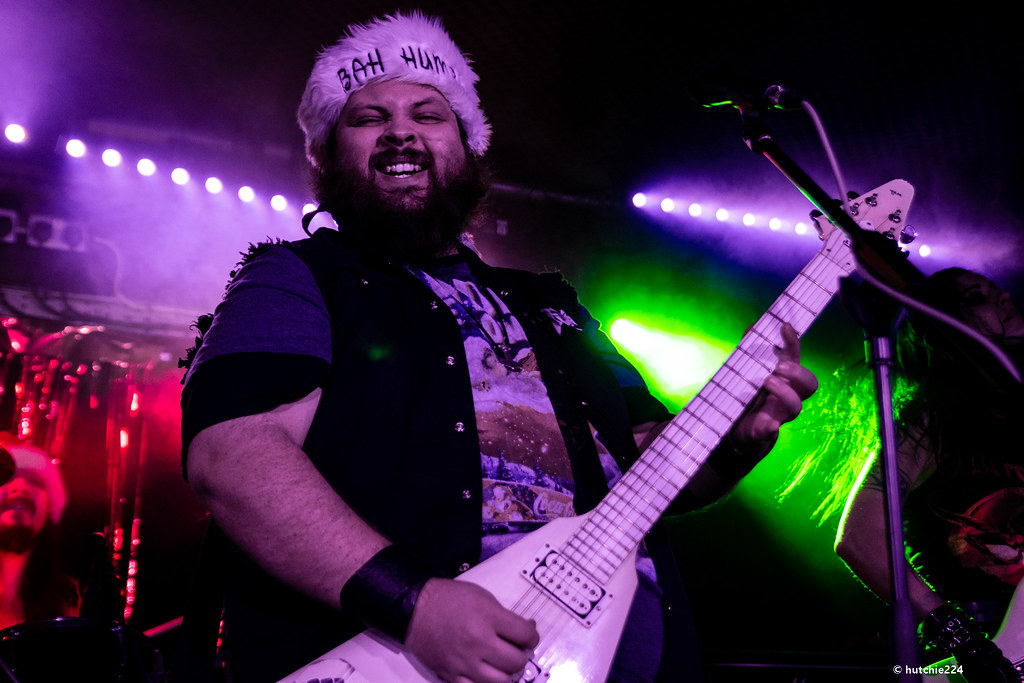 We get a rare outing for ‘Born to Sin’, possibly the heaviest track the band have written, and it sees an outbreak of headbanging across the room, as the Motörhead vibes rip from the speakers. The band play it at 100mph on the album but here it’s exceptionally fast, with Tom Fenn’s battery behind the kit propelling the rest of the band to greater speed. Luckily, in Becky Baldwin, Fury has a bassist who not only locks in the rhythm but drives it forward in her own way and having returned from her stint working with the legendary King Diamond and Mercyful Fate, she’s once more the powerhouse engine room. Clad in her Mercyful Fate tour shirt, she pumps out the bass lines, tosses her head and adds backing vocals with ease.

Elsewhere, Nyah takes lead vocals on ‘Rock Lives in My Soul’, her singing now brings another dimension to the band. There’s humour, vibrance, and plenty of smiles onstage as well as in the crowd. Fury tonight are on fire, and despite Julian Jenkins’ somewhat husky voice (due to some lurgy or other), there’s nothing less than 100% given. The main set is closed by a thumping ‘Road Warrior’, which allows lead guitarist Jake Elwell to let rip yet again, and the classic ‘Casino Soleil’, which sees some over lubricated members of the audience attempt (and fail) to match the choregraphed moves of Becky, Nyah and Jake onstage. 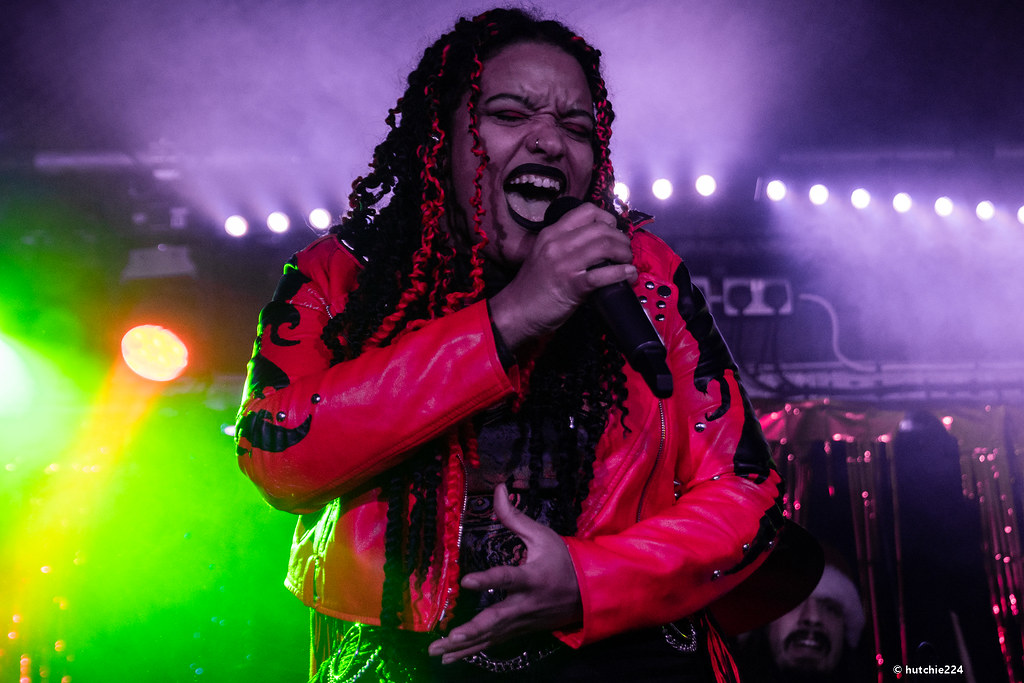 A year ago, I’d bemoaned the inevitable Christmas song that appeared in the set and this year Fury ensured I had another earworm to exorcise on the journey home as they encore with their version of ‘Fairytale of New York’ and ‘I Wish it Could be Christmas Every Day’. However, time has a way of healing and rumours abound that this reviewer was witnessed singing along to the first track (unless video evidence is supplied, I will probably deny this until my dying day!). Regardless of this grumpy bastard’s personal views, the rest of the crowd get stuck in and there is a fabulously buoyant atmosphere at the close of the set. There are few better ways to spend your last gig of the year than in the company of this fine band, and I’m already looking forward to seeing Fury again in 2023. 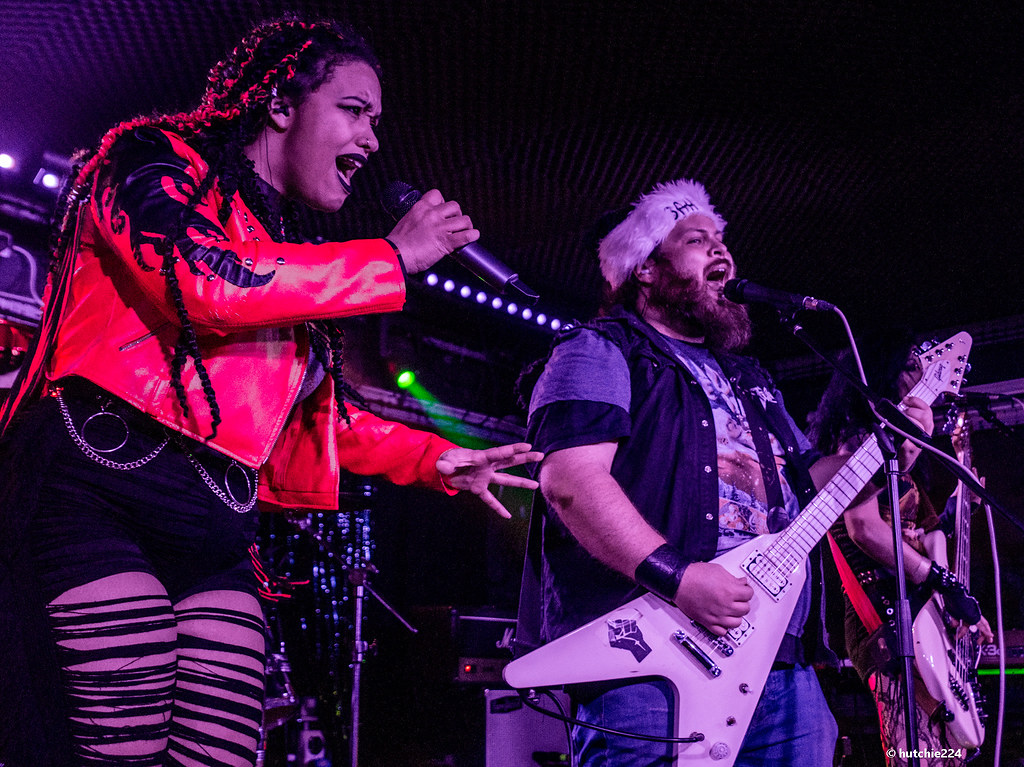