As the late summer sets over the industrial Wolverhampton skyline, a line forms outside an old car production plant on the edge of the city centre. The transformed facility is now KK’s Steel Mill, the live music venue owned by KK Downing of Judas Priest fame. Tonight, it plays host to punk rock royalty in the form of Stiff Little Fingers. The band arrive in the West Midlands fresh off the back of supporting giants Metallica at Slane Castle in Ireland. 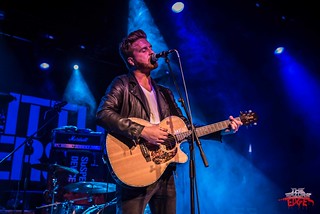 As the six hundred plus fans stream into the venue the opening act takes to the stage. Considering the headliners this seems something completely from left field, the artist is local boy done good Ryan Evans in a solo performance. The acoustic set might sound anything but punk rock, but the power of Ryan’s voice delivers for a solid half an hour of aural pleasure. With a mere acoustic guitar and the strength of his voice Ryan shines and no doubt wins over many a new fan. A wonderfully different way to start the evening. 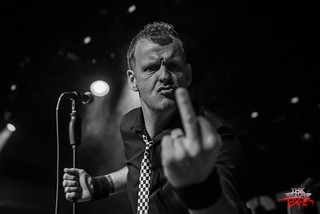 Main support for the full tour are 37-year veterans Eddie & The Hot Rods. Whilst associated with old school punk rock, their vibe is far more rock and roll with a slight punk under-current. Despite the longevity of their career the energy of their set abounds as beefy riff play out. Vocals from Dipster transport you back years to gigs of the past, the rough and ready rock sound that so many of us fell in love with in our youth. The room is packed for them and the band seem surprised by the size of the venue and audience they are playing to and appreciate the reception they are given. The atmosphere is electric as the band ramp up the energy levels throughout the set, finishing on a high and with a bang. 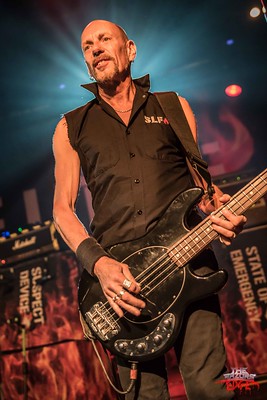 So, onto tonight’s headliner. Stiff Little Fingers, whose career has spanned 42 years, roll into KK’s Steel Mill for the first time. In that career they have released 10 studio albums and 17 live albums and have won the hearts of much of the punk rock establishment. The Northern Irish quartet are here on the end of their UK tour before they head out to the US for a long run.

Standing tall and proud centre stage, the ever-present Jake Burns who's distinctive voice is the driving force behind the punk rockers. The show is a mix of old material and new, enough classics to keep the older generation engaged and enthused whilst throwing in newer material for the second generation of fans now helping to fill venues across the world.

The vibrant performance of Ali McMordie is heart-warming as he clearly has passion for the music he is playing. Bounding his way around the stage through the likes ‘Strummerville’, ‘Guilty as Sin’ and ‘Wasted Life’.

For the best part of 90 minutes the band show why they are still at the top of their game as they round out the evening with ‘Tin Soldiers’ and ‘Alternative Ulster’. If you want to see punk rock royalty alive and kicking in 2019 look no further than Stiff Little Fingers. The finest punk rock show in town. 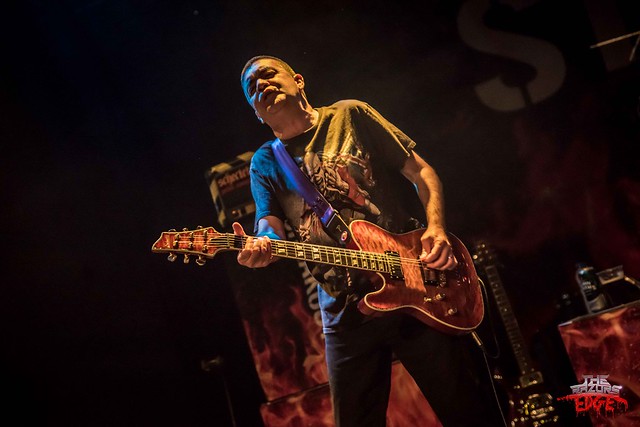