This week when we arrived at Devil's Island we found ther Black Country's beer metal heroes Eyes of the Raven sat on the beach. Having recently released their killer single 'Twice Around The Sun' we thought they were on COVID-19 lockdown. Turn's out they were actually stranded on our island.

Ross: Queen – greatest hits 1. Cuz it’s the best pirate album of all time
Luke: Thats a tough one with how albums are veiwed nowadays but looking at my music collection now id say… Clutch, Blast Tyrant. Mainly because of "The Regulator" but my answer would probably be different everyday haha.
Craig: Master of Puppets because it's a "master" piece
Phil: Wednesday 13 – Monsters of the Universe. Listen to it, it’s a banger!
Dave: Queensryche - Operation:Mindcrime. Help me with subliminal messages while they're sleeping, cos no doubt I'd be the first poor fucker to be eaten. Then again, Phil and Luke are vegan so they can fuck off and get some coconuts. Only gotta fight off two then and Craig is fucked without his glasses.

Ross: Orange Goblin – Eulogy for the Fans, just perfect, look at it, its majestic piratyness
Luke: Id have to say a Jimi Hendrix, Purple Haze poster as thats where it all started for me.
Craig: Master of Puppets to match the album
Phil: Probably Drowning Pool Desensitized as I'd at least have some eye candy to look at.
Dave: Killswitch Engage - End of Heartache. To remind me of all the drunken karaoke we do at the local.

Ross: After watching the ZZ Top Documentary it has to be “the chimp in orbit” that should get round the one drink limit, DAM you to Davy Jones’s locker!
Luke: A dark and stormy all the way, which is Rum, Ginger beer and coke. Very apt for a desert island too.
Craig: Jim Beam and Coke
Phil: Coors Light for beer I think and either Kraken or JD if I took spirits
Dave: DooooooooomBaaaaaaaaar!

Ross: My Eyes of the Raven pirate eye patch
Luke: I'm sure we have an Eyes of the Raven thong somewhere...
Craig: My Megapriest shirt from the one off show at KKs steel mill.
Phil: I would have to choose either an Eyes of the Raven cap or decade tee as they are totally sickening and available now from eyesoftheraven.com.
Dave: My Amon Amarth hoodie. Soon get these lot into building our own longboat.

Ross: Dave Cockwell, owner of Cockwells boats…
Craig: Dave Grohl for his crazy stories
Phil: My wife and daughter most definitely ☺
Dave: Jack Black - his sheer insanity would see us through!
Luke: Wait there I just have to check my browsing history...

Ross: Cradle of Filth – London Astoria - 1998
Craig: Pantera live 101 proof
Phil: Dayum! Either Metallica S&M, Thin Lizzy Live & Dangerous or Deep Purple California Jam 1974.
Dave: Pantera at Wolves Civic 1993.
Luke: I may need a giant walkman or lots of tapes but the entirety of "Live Aid" 1985. I can only hope something that musically epic happens again.

Ross: Nick J Townsend, he looks like a pirate and the dude stops at nothing to reach his goals
Craig: My wife if she isn't glad I've left
Phil: Probably Bruce Dickinson of Iron Maiden as he’s a qualified pilot!
Dave: Johan Hegg of Amon Amarth. Again, the longboat connection. Plus he'd have ale!
Luke: Well the only person I can think of who is familiar with the "bottle sea" communication… Sting.

Ross:  Scabby Bill The concertina player. Many people don’t know we have a secret concertina player, he plays off stage with a wireless rig, we have to keep up our metal persona, and he loves to look out for his band mates. Besides he would be a better option than Destroyed Beyond Belief’s Carlos “Spicy” Wiener, I mean common no one wants to eat that do they…
Craig: Dave? It's probably Dave
Phil: Dave as he’s the fattest, I’d be like eating a breadstick or twiglet
Dave: Bastards! You pair of vegans can bugger off and find some pineapples or summat. And Craig, no one would eat a ginger anyway. That's why the biscuits are always the last to be left in the tin. ?
Luke: …Dave, lol.

Ross: Wait there’s an extra person each we can eat…id save Hannibal Lecter see how he likes it.
Craig: Ola Englund
Phil: Wednesday 13 as he’s been a massive influence to me since Murderdolls when I was a teenager
Dave: LG Petrov, formerly of Entombed. Now in Entombed A.D. He can drink and he's one of the pioneers of death and roll music! ??
Luke: To be honest, these guys. I've learnt so much, its these guys.

There was no room in our boat to save the boys ourselves, so as we sailed away from the island we left Ross in his pirate fantasy world whilst the others turned on Dave as they started to go hungry!

ICYMI - check out the bands new single 'Twice Around The Sun' here. 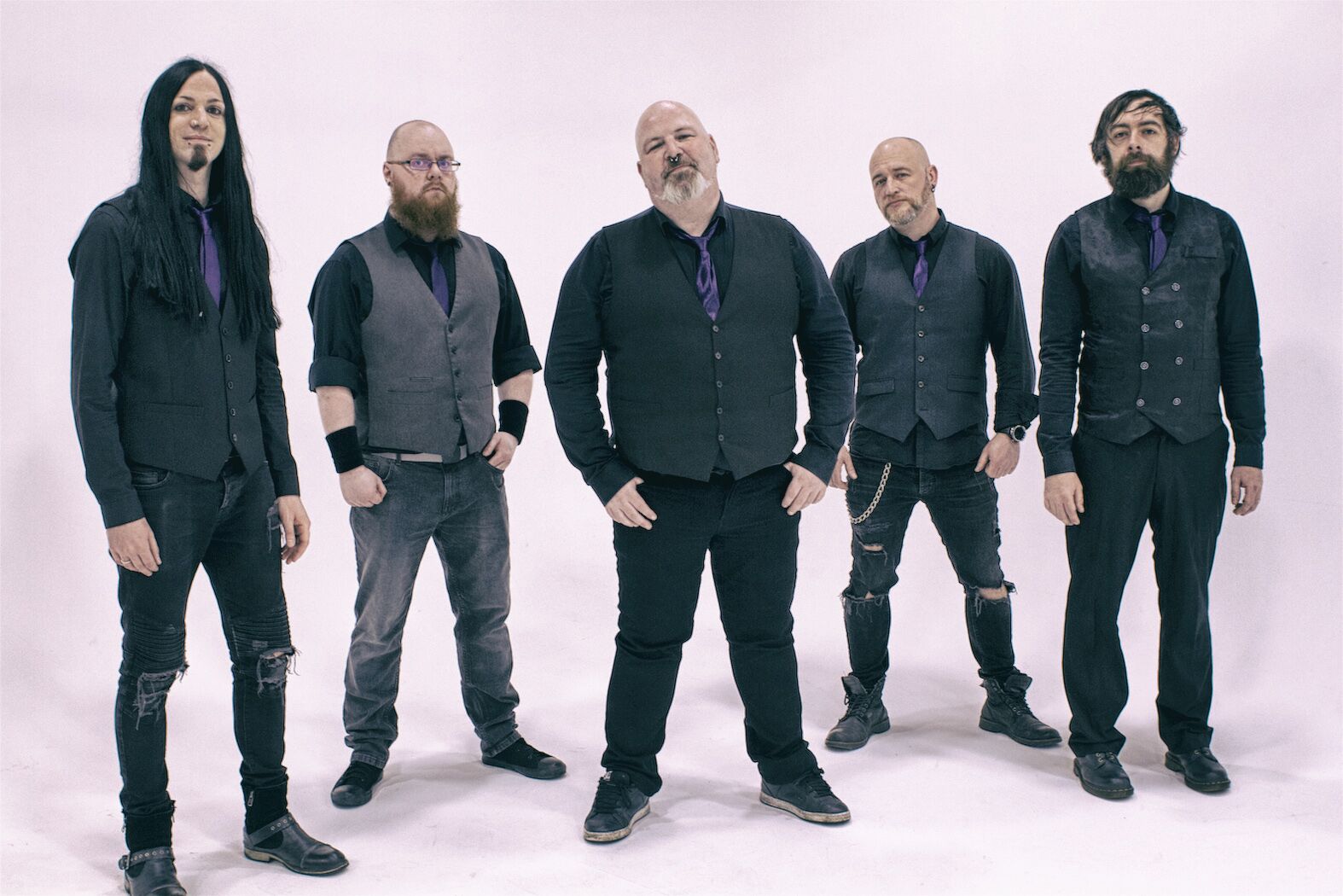