Next year Epica will be celebrating their 20th anniversary, a big milestone for any band and one that validates a bands popularity. Not that Epica need any validation, their brand of symphonic metal a main stay of the scene for as long as anyone can remember.

Before we look forward to next year we look back to June of this when Epica celebrated the release of their latest album with what can only be described as an “epic” live stream 'Omega Alive’. Not only playing songs from their latest album, their set was a varied career spanning montage lapped up by the fans.

Now, just in time for Christmas, Epica are releasing the stream as a live album, but not only that, a blu-ray/dvd release of the show too!

Whilst this live album is worth the best part of two hours of your time, it must be said that the video performance is must watch musical magic! Opening with a cinematic visualiser introduction it sets the tone for what is about to be witnessed.

A huge spray of pyro accompanies the start of the show as the band launch into 'Alpha – Anteludium’ The set looks magnificent, grander than any band could ever put together in a true live setting, this stage managed production looks huge, is fantastically well lit and the HD version of video so crisp it really brings that to the forefront, enveloping the viewer in a fully immersive experience. 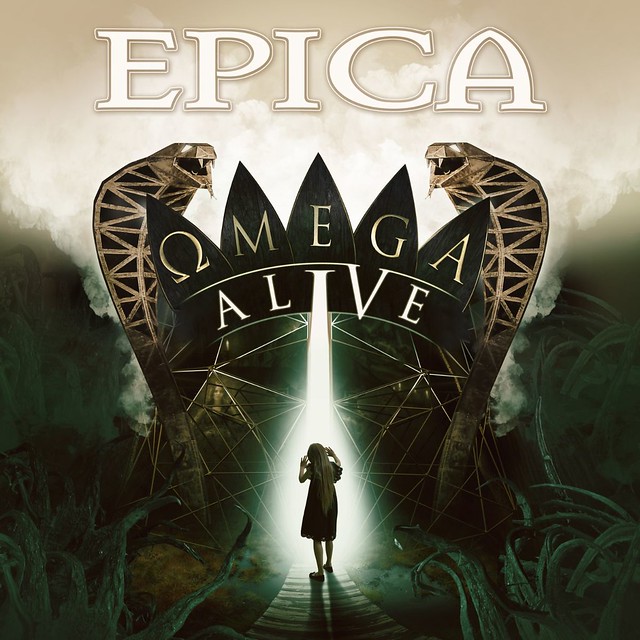 The press release for the recording describes it as Marvel meets Cirque de Soleil in a Tim Burton universe, and whilst I am not so sure about the Marvel element, the latter two points are spot on. Performers grace the back drop of the set numerous times throughout, performing routines perfectly fitting with the music.

A burning piano being played as it smoulders away draws us into ‘Kingdom Of Heaven Part 3 - The Antediluvian Universe’ – which for those following the audio version is the start of disc 2. But listening to audio only you’d be missing out on these stunning visuals, the lighting now lower as the flames light the stage and musical mood turns darker.

For any Epica fans this is a must have in the collection, but for the casual listener, the DVD/Blu-Ray is must see entertainment. Whether you are a big Epica fan or not, you cannot help but revel in the wonderful visual masterpiece in front of you. Never before has any form of heavy music been presented so cinematically as this, and it truly is worth a mere two hours of your viewing time!