To say Anthems, Flogging Molly’s first full-length since 2017’s Life is Good, is more of the same suggests there’s something predictable about the album and, broadly speaking, it is an unsurprising collection of folk-infused Celtic Punk.

If you’re familiar with any of Molly’s back catalogue you’ll be pleased to hear Dave King and company have returned with another eleven tales of the Old Country, of the harsh realities of life and the yearning for better times.

Mr King has always had a knack of telling a story, of combining lyrical pathos with the unerring cheeriness of the staunchly Irish music. Anthems is no different in that respect and the album opens with These Times Have Got Me Drinking/ Tripping up the Stairs. From the outset, Molly dusts off the Irish instrumentation: tin whistles, violin, accordion and mandolin are but a few of the unusual items employed by the septet, all over seen by returning engineer, Steve Albini, who worked with the band on both the Drunken Lullabies and Swagger albums.

Yet, for all the obvious influences across the record of the likes of The Dubliners and The Pogues, Mr King is not able to fully hide his Heavy Metal past. Recruited by Eddie Clarke following his departure from Motörhead, Dave fronted Fastway between the years of 1982 and 1986 and appeared on their first four albums – including the frankly still brilliant Trick or Treat (could be a nostalgia thing). There are moments on Anthems when those years rear their heads and you’re confronted with a distorted guitar added into the mix. Life Begins and Ends (But Never Fails) is a dark tale of the struggle to just survive and the electric guitar interrupting the upbeat jaunt gives texture to what, on the surface, sounds like a celebratory song.

Similarly, A Song of Liberty, supplements the vignettes of life back home with a harsh mid-section.

Jonas Renkse and Anders Nyström (both of Katatonia), alongside ex-Opeth drummer Marin Zxenrot, Holmes and Åkvik deliver on all fronts. From the sonically explosive opener ‘Zombie Inferno’ through to the darkness of closing track ‘No God Before Me,’ the savagery is unrelenting. Thick riffs, searing lead breaks and blistering drumming patterns all delivered at breakneck pace, slowing only to allow time for the neck to recover before the next onslaught cascades in. Bloodbath have captured a viciousness that is often absent in death metal today. 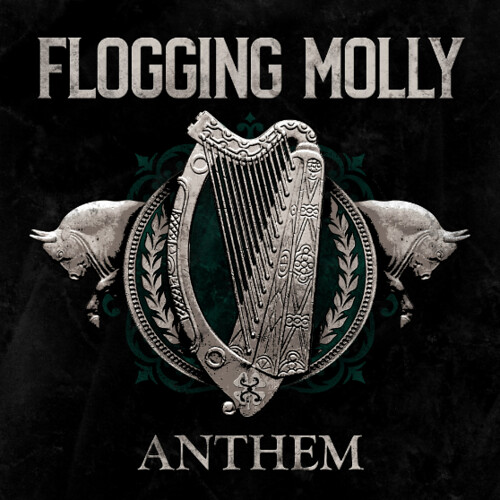 This Road of Mine, played on the recent tour as one of three new songs from this record, sees Dave confronting his past and commemorating his decision to forge his own way through the business. Biographical and lyrically inventive, this is probably the least common song on Anthems as it opts for a more driving rock feel and leaves the folky elements on the roadside.

No Last Goodbyes, (Try) To Keep the Man Down and Now is the Time are all compliant with the overall aesthetic of the band, colouring melancholic tales of hardship and struggle with the realisation that life is what you make it, and the only change can come from yourself. Lead the Way and The Parting Wave are timeless in their construction and execution.

Another song debuted on the recent tour was The Croppy Boy ’98 which seems to address the other side of Irish music, a darker side that is underscored by a militaristic drumbeat.

As Anthems comes to a close – and hiding in plain sight as penultimate cut – is These Are the Days, a darkly epic-in-scope piece, possibly with the least instrumentation of any song on the album, but I would suggest the most accomplished composition on offer. Simple, heart-laid-bare stuff that encapsulates Flogging Molly as a musical collective.

If you love yourself a bit of The Dropkicks or found yourself jigging along to Ferocious Dog in the tent at Bloodstock this year and, for some reason, haven’t caught up with Flogging Molly yet then there’s never been a better time to remedy that; and Anthems is a fine place to start.