Birmingham beckons The Razor’s Edge team this evening as we head for a night of - mostly - hardcore with a little death ‘n’ roll thrown in for good measure. The Asylum is the suitable venue for such madness as New York hardcore legends Agnostic Front close their tour in the UK’s second city.

Opening up the evening, and indeed the pit, are Bulgarian five piece Last Hope. The blistering intro which has a hint of Slayer thrown in for good measure leads us into the aural assault that follows. Their style of hardcore mixes flavours of the continent with 90’s sounding British HC to great aplomb. A battery of nasty riffs and vitriolic lyrics spat at the audience in anger follow. Closing out with ‘F.P.’ (Fuck Police) rounds off the set in style, hardcore in all its majestic glory. 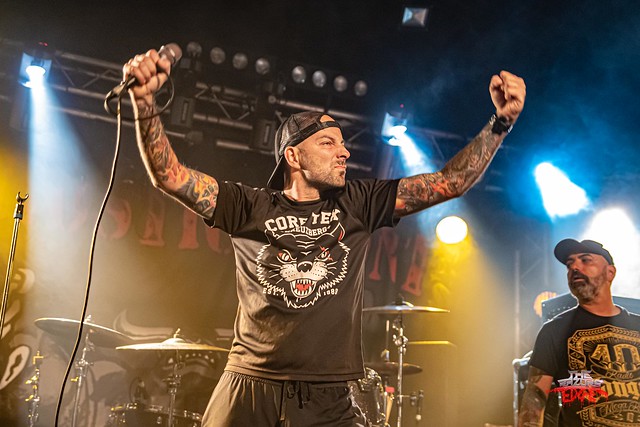 Now it’s time to mix things up a bit. We’ve been high on SpiritWorld since they issued ‘Pagan Rhythms’ via Century Media towards the end of last year. Just a few short months ago they surprised 20,000 fans with their blistering sets at both KnotFest and Bloodstock and now the Las Vegas crew return to the UK.

The majority at The Asylum have not witness them before, so there’s a surprised look on some faces as a country music song plays and the band enter the stage in sequinned cowboy suits and Stetsons. New York hardcore this is not!

They style themselves as Death Western but there is more to them than that. Yes, the death metal is prominent, but there is a thrashy under current and hints of hardcore in their song writing. Stu explained the concept behind the band to us in an interview back at Bloodstock. By the mid point in the set,, ‘Unholy Passages’ the crowd are being won over. It may not be NYHC but there is windmilling a plenty going on in that pit! 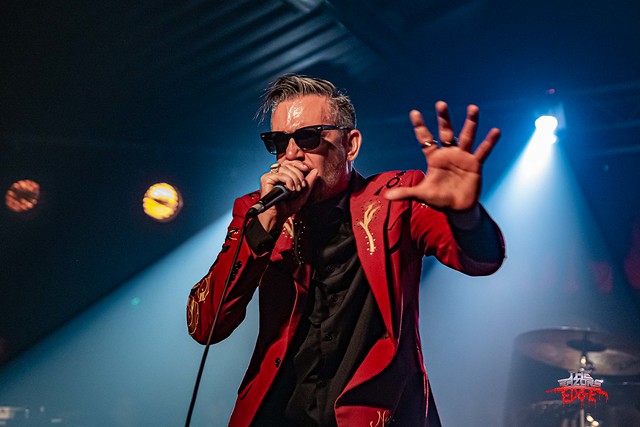 Charger are next up, not to be confused with the British Sludge outfit of the same name, this trio hail from Oakland’s East Bay. The three piece launch straight from sound check to their full set with no introduction, no frills, no bullshit, just heavy fucking music. They take on the sound of Motörhead but give it a hardcore twist. ‘Black Motor’ is straight out of the Lemmy playbook where as ‘Crackdown’ is a harder hitting number. For forty five minutes the East Bay boys year the roof off the Asylum, it’s not the strongest crowd reception of the evening, but it’s welcomed all the same. 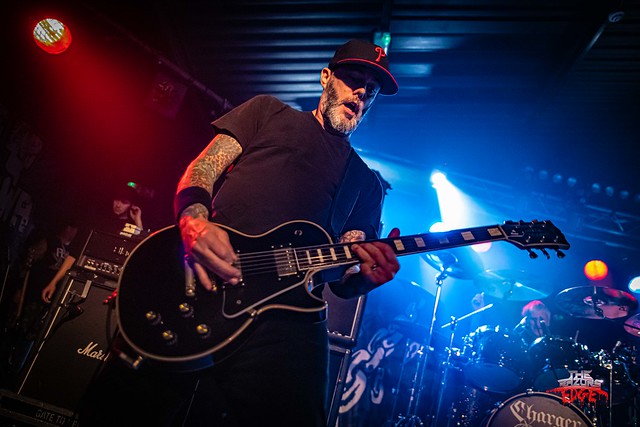 It is left to Agnostic Front to round out the evening, and by the time they take to the stage the main room at the Asylum is ram packed. As the band play out their intro ‘AF Stomp’ guitarist Vinnie Stigma whips up the crowd, gesturing, posing, teasing them as they warm themselves up. They launch into ‘Only In America’ and frontman Roger Miret appears, flying through the air, his rage against the world evident in his performance.

The set is full of Agnostic Front classics and with a solid hardcore crowd this goes over well. Miret calls for circle pits and the crowd oblige, windmilling and kicking their way through the air, lapping up the intense electric atmosphere. It’s a hardcore show, performed by hardcore royalty for a hardcore audience. What more could you want? 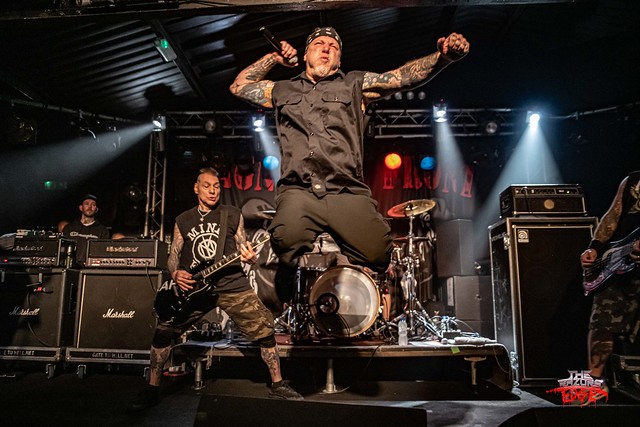 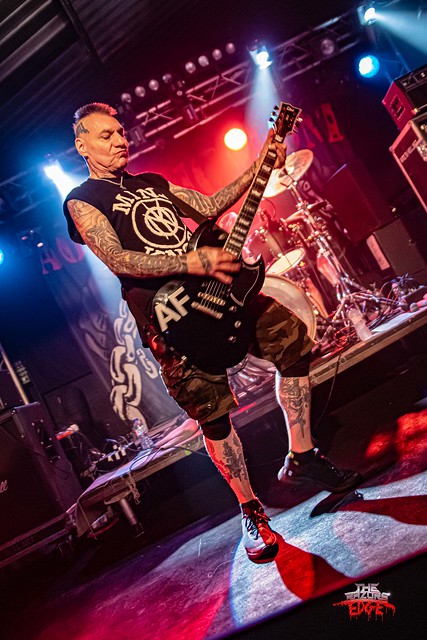 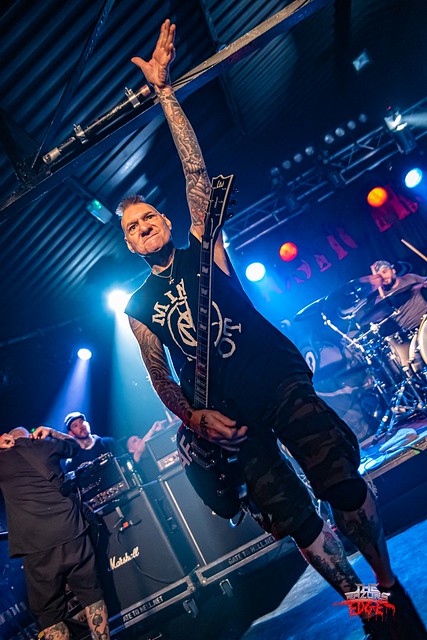 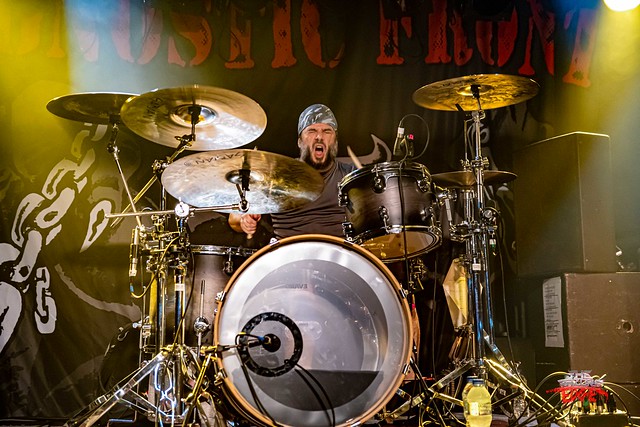 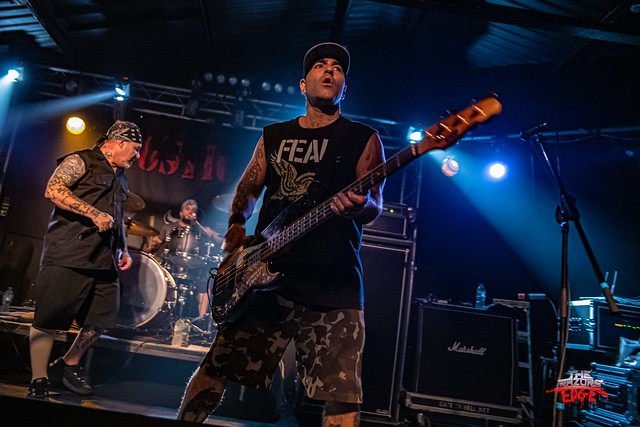