I’ll admit it was Pallbearer that stole the recent show in Bristol. Now, that might have been for several reasons on the night, but having spent plenty of time with Innate Passage, I’m wondering how that can possibly have been because this is a simply fabulous record.

Having released their fifth album ‘Omens’ at the start of the pandemic, Elder now build on that opus with a piece of art that is crafted beautifully from start to finish. Undisputed leaders in their field, it’s only recently that I’ve started to explore their catalogue in depth and one can see the natural and organic progression in each release.

Five lengthy tracks make for dedicated listening. Indeed, with the shortest song, ‘The Purpose’, clocking in at over eight and a half minutes, it’s not an album designed for the three-minute attention span of the modern streaming generation. No wonder that their fans presented as amongst the most intense and focused I’ve encountered at that recent show.

The performance swells from the opening of ‘Catastasis’, which begins with an atmospheric build up as the guitars slowly emerge out of the background. It soon opens into a slightly sludgy vibe, but then it’s a voyage of progressive stoner discovery, with the bass of Jack Donovan adding depth to the drumming of Georg Edert, the pair adding a solid platform for Ni DiSalvo’s guitar and the keyboard wizardry of Mike Riseberg. It’s an endearing opening, which allows the band to continue in their expansive style. 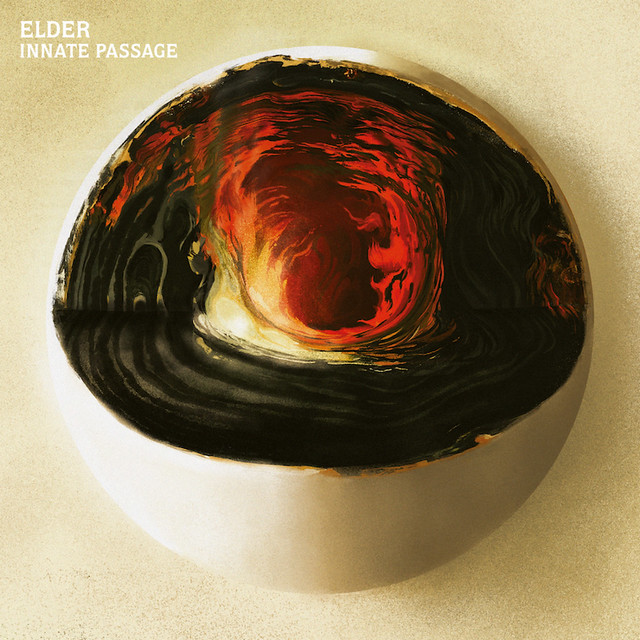 DiSalvo’s rich, emotive vocals are in fine form, and I’d struggle to disagree with those who call them a “career best”. His guitar work is stunning, with soaring leads and more subtle flicks blending with the way in which the music meanders and slowly draws you in. ‘Endless Return’ provides moments of calm, which punctuate the more intense and driven parts. There are vocal harmonies, stunning melodies and a rhythmic sophistication that is unsurpassed. You can hear echoes of Opeth and 70s progressive rock throughout, but this is no retro trip.

Perhaps the most stunning track on an album full of stunning songs is the near 15-minute cinematic soundscape that is ‘Merged in Dreams/Ne Plus Ultra’. It’s a song that demands your attention despite the mellow feelgood intro, which gives way to some of the most sublime interplay that you’ll hear all year. The drop in tempo allows a catching of the breath before the tension slowly increases once more. It’s mesmerising.

Featuring the first time the band have ever had a guest vocalist - Behrang Alavi (Samavayo), Innate Passage is an album that should provide endless pleasure. It’s complex, elaborate, and intricate.

DiSalvo has explained the vision behind it. “This record channels the surreal world we live in from a fantastical point of view, not super-literally, and how we as humans processed that; everyone on their own passage through time and space and whatever version of reality they chose for themselves. The phrase ‘Innate Passage’ appeared to me when writing the record. Passage and transition are necessary in the human condition and this process is intrinsic to us. All the growth and introspection we underwent in the past few years totally made this apparent to me more so than any other experiences in life so far.”

However you experience it, there are few finer records that have been released in 2022. It’s a shining piece of work that glows from start to finish.